How to Tell If Your Child Has a Leg-Length Discrepancy

Signs of a leg-length discrepancy may vary, but there are things to look out for:

The course of action for differences less than 3 centimeters may be to simply monitor growth. There usually is no visible limp, and this small difference doesn’t lead to scoliosis or back problems. Your child may appear to have scoliosis, but the spine straightens when he or she sits, lies or stands with the leg length corrected on a block.

Generally, no shoe lifts are needed until the difference is larger (over 4 centimeters in younger children). Kids rarely stand still, so they don’t usually have any negative effects from the difference. When they sit or lie down, leg lengths don’t matter anyway. If you or your child wants a shoe lift, we can provide a prescription. However, insurance may not cover it, classifying it as a “shoe modification” rather than a medical necessity. Check your health plan to see if shoe lifts are covered. At most, only a 1-centimeter lift can fit inside a shoe, and that is only for older children. The rest of the lift must be outside the shoe.

We never aim to match length with a shoe-lift prescription — the lift makes the shorter-leg shoe heavier, which may cause your child to trip and may make it harder to move around. Generally, we aim to correct about half of the discrepancy or less.

This is a treatment plan for kids whose difference is likely to be less than 4 centimeters as an adult, or whose short leg is the “normal” leg. We take advantage of the fact that your child is still growing and do a relatively small surgery, called epiphysiodesis, to cause one or more growth plates to stop growing on the longer side. That way, the shorter side will have time to “catch up.” Timing is important for this surgery. Most often, we suggest this surgery about two years before we expect your child’s legs to finish growing. In girls, growth ends about two years after the first period (menstruation), or about age 13 to 14. In boys, growth ends usually two to three years after the voice changes, around age 15 to 16.

The surgery can be done using plates or by scooping out the actual growth plate to stop growth.

This often is used in children whose difference is likely to be more than 4 centimeters as an adult. This is a much larger surgery than epiphysiodesis, with more risks. There are two basic methods: external fixation and lengthening using an internal device.

Lengthening can be done along with angular correction using a multiplane external fixator. This is a device visible outside the limb with pins, screws or wires that connect to the bone. Very gradually, you move the bone by adjusting screws outside the bone. This works in a way similar to how orthodontic braces and head gear move your teeth.

This has risks of infection not present in other surgeries because of the need to have pins extending from the outside into the bone. All patients are expected to have at least one pin-site infection during the course of correction. Other complications can occur, such as fracture of the bone during or after correction, loosening or loss of pin fixation and dislocation of joints.

The length of time the external fixator device is in place is determined by how much correction is needed. In general, the bone can be lengthened one millimeter per day, with another two days per millimeter to allow healing. That means 30 millimeters of lengthening requires at least three months in the fixator. This usually is paired with extensive physical therapy during and after the lengthening.

Lengthening can be done if no angular correction is needed using an implanted rod that lengthens with an external device. This device has a rotating cam inside, driven by magnetic forces. You create the magnetic forces by holding the lengthening device in the proper position over the bone, usually three times each day.

There are risks with this surgery as well, including infection. When lengthening, stress is increased at the joint above and joint below the bone being lengthened. During lengthening, there is higher risk of dislocation or other problems with these joints.

The surgery to place a rod usually last two to three hours and the hospital stay is two to three days. Lengthening begins about three to seven days after surgery, depending on age and other factors.

Bone slowly fills in the gap created by lengthening. Over time, it strengthens and becomes as strong as the original bone, allowing the nail to be removed.

Your health care provider will work with you on the treatment plan that is right for your child depending on many factors, including their age, discrepancy size and more. 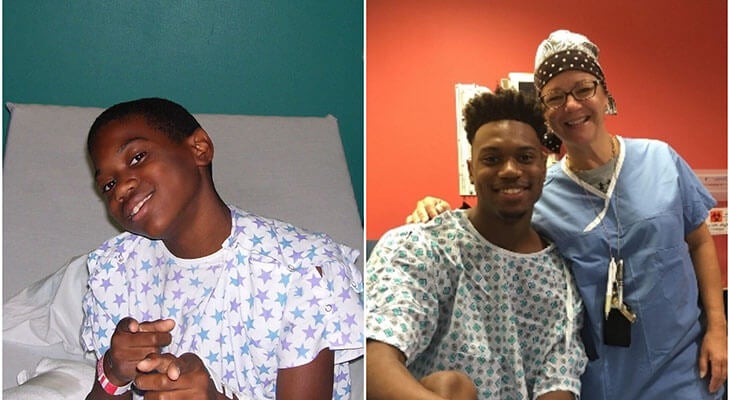 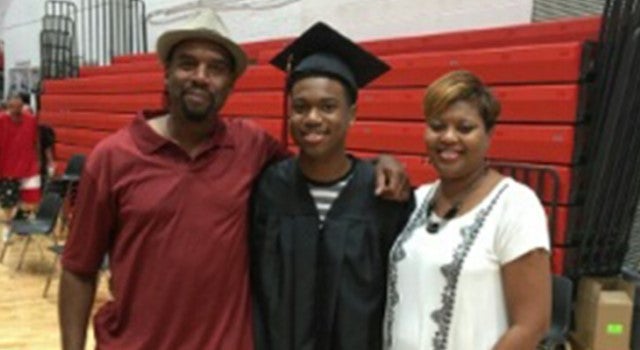 Graduating from 12 years of surgeries