Spinal muscular atrophy (SMA) is a genetic condition that affects cells needed to keep muscles healthy. In past few years, new treatments have emerged that can help stop the progression of disease. 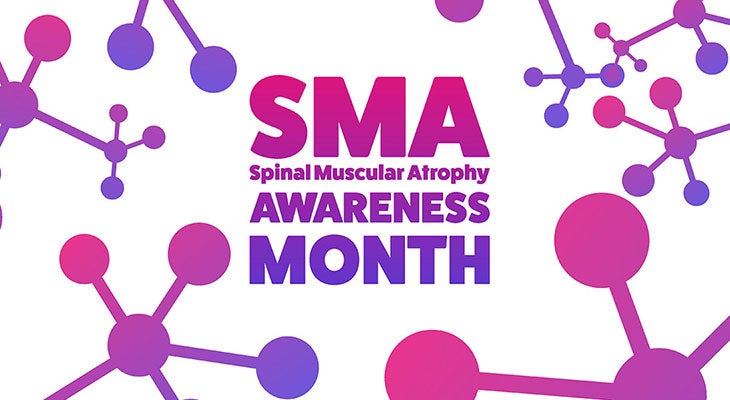 Spinal muscular atrophy, or SMA, is a condition that progressively causes the loss of motor neurons (anterior horn cells). SMA affects about 1 in 11,000 births and is the No. 1 genetic cause of death for infants. What do you know about the condition –– and the exciting new treatments that can help stop its progression?

The motor neurons are the part of the nervous system responsible for carrying signals from the spinal cord to muscles. These cells are needed to keep muscles healthy. Muscles are needed for functions such as breathing; eating; movement such as sitting, crawling and standing; and keeping the spine straight. With SMA, these functions all are affected to a certain degree. SMA does not affect learning or cognitive function in children. SMA often is discovered through a newborn screening.

“Our bodies need a protein called SMN protein or ‘survival of motor neuron protein’ that is needed to keep motor neurons healthy and alive,” said Arpita Lakhotia, M.D., child neurologist with Norton Children’s Neuroscience Institute, affiliated with the UofL School of Medicine. “This protein is made by a gene called SMN1 gene. Most of us have at least one working copy of this SMN1 gene, which makes the SMN protein and motor neurons stay healthy. In patients with SMA, there is a deletion or mutation in both copies of this SMN1 gene, making it nonfunctional.”

SMA is a genetic condition, inherited in an autosomal recessive fashion. This means the disease occurs when a child receives an abnormal gene from each parent. For some children, the abnormal genes may be a spontaneous mutation. About 1 in 50 Americans is a genetic carrier for SMA, according to Cure SMA.

There is a backup copy of SMN gene, called SMN2 gene. A person can have anywhere from 1 to 8 copies of the SMN2 gene. The SMN2 gene is very similar to SMN1 except for one nucleotide change, or mutation. This change causes only 10% to 15% of the SMN protein created by the SMN2 gene to be functional.

“For patients who have SMA and no functional SMN1 copy, they depend on this SMN2 gene,” Dr. Lakhotia said. “With a higher number of SMN2 copies, with each copy making at least some functional protein, the disease severity tends to be less, and onset of symptoms tends to be later.”

The type of SMA a person experiences can be related to the SMN2 copy number. But, SMA type is defined by two things in a child who hasn’t received treatment yet:

There are four types of SMA, each with a different level of severity:

“These definitions are going to change over the next few years, as babies are being treated before onset of symptoms,” Dr. Lakhotia said. “It is important to understand that the types of SMA are an artificial construct, and there tends to be a spectrum of where the kid might fall,” Dr. Lakhotia said. “We can have strong Type 1s or weak Type 2s — who might have gotten to sitting for a short period but then lose that skill quickly, and really progress like a strong Type 1. Regardless of type, SMA is a progressive neurodegenerative disease. Without treatment, patients progressively lose motor neuron function  — whether over weeks, months or years.”

In the past five years, three new treatments have emerged that can help slow the progression of SMA.

Nusinersen was approved by the U.S. Food and Drug Administration (FDA) in December 2016. The drug forces the SMN2 genes to make more of the functional SMN protein. The medication is given via intrathecal injections, meaning spinal taps or lumbar punctures. The drug is given as four loading doses over two months. Then, a maintenance dose is given every four months, essentially for life.

The second medication is a gene therapy named Zolgensma, approved by the FDA in May 2019. This is a disease-modifying treatment for children with SMA who are less than 2 years of age.

This treatment contains a functioning copy of SMN1 transgene inserted in a viral shell (or viral vector) and is injected intravenously as a one-time dose.

Dr. Lakhotia emphasized that since motor neurons are nondividing cells, that once you lose them, they do not regenerate. With these novel disease-modifying treatments, there is an element of potentially being able to prevent motor neuron loss in younger and younger children.

“When you start seeing clinical symptoms, it means that motor neuron degeneration has already started, and some cells are lost,” Dr. Lakhotia said. “These new treatments can help stop or prevent that loss. While there currently is no clinical trial data comparing these new therapies with each other, there is clinical trial and real-world data showing that these new treatments work well.”

Norton Children’s Neuroscience Institute offers specialized SMA care through the Norton Children’s Neuroscience Institute Neuromuscular Disorders Clinic. The clinic offers the latest therapies available, including nusinersen,  Zolgensma and risdiplam. We have a multidisciplinary team of specialists who are knowledgeable in care of patients with SMA. The team also excels in research and in helping advance the medical treatment options for patients with SMA. ​

“We have been providing these groundbreaking treatments for many years now, and have truly been a leader in the region with use of novel SMA therapies,” Dr. Lakhotia said. “We want to raise awareness of the disease as it is now being screened on the newborn screen, and if the parents get the diagnosis, they need to seek treatment as soon as possible.”