Is he a danger to my child?

Is he a danger to my child? 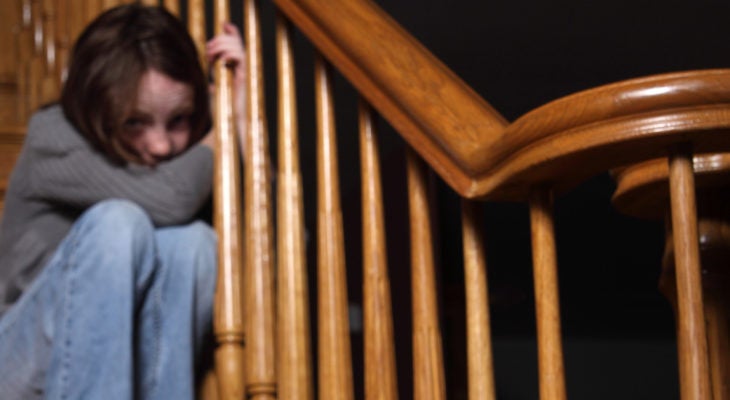 There he was — a toddler who was in his third month in the pediatric intensive care unit at Norton Children’s Hospital. He required a life-saving operation to remove part of his skull and put in a tube to drain fluid from his swollen brain.

The poor child was on a ventilator. His mother’s boyfriend beat him so badly he couldn’t breathe on his own. He underwent a second operation for a permanent feeding tube and to wrap his stomach tightly so that food wouldn’t go into his lungs. He was blind, on multiple medicines for seizures and would never walk again.

The images were terrifying, but what haunted me was the photo taped to his bed. It wasn’t taken long before he came to us. The photo showed a vibrant, smiling toddler sitting on the floor actively playing with a toy drum. He had the world in front of him. In an instant, his hopes and dreams were gone.

Almost half of all serious or fatal child abuse is caused by unrelated caregivers.

Studies show children living in households with unrelated adults are nearly 50 times as likely to die of inflicted injuries compared to children living with two biological parents. Almost half of all serious or fatal child abuse is caused by unrelated caregivers. That’s not to say that single-parent households aren’t capable of providing a safe environment for children, but the statistics do point to potential warning signs.

Child abuse is 100 percent preventable. If you are planning to leave your child in the hands of someone else, ask yourself these questions:

If you answer yes to any of these questions, you need to evaluate whether you’re putting your child in a safe situation. Even if all the answers are no, it’s still wise to have an open and honest conversation with your chosen babysitter before leaving your child in their hands. This tool can help with that conversation and establish expectations.