There is increasing evidence that severe RSV in young children can have long-term effects such as wheezing and asthma. 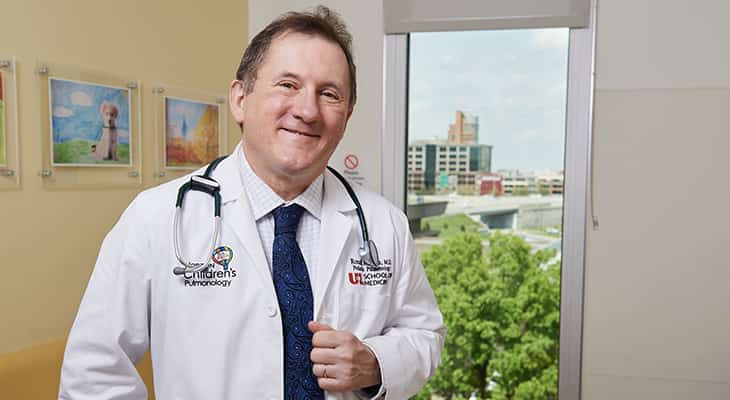 There is increasing evidence that severe respiratory syncytial virus (RSV) infections in young children can have long-term effects such as wheezing and asthma, according to Ronald L. Morton, M.D.,  pediatric pulmonologist with Norton Children’s Pulmonology, affiliated with the UofL School of Medicine.

A recent review of research into long-term effects of asthma found wheezing can persist into adulthood and appears to be associated with asthma as early as school age. If a child had RSV bad enough to need medical care before age 3, they appear more likely to develop breathing issues in their first 10 years and possibly into adulthood. For some children, wheezing associated with RSV may fade over time and largely disappear by adolescence.”

Every year, many children have mild cases of RSV that don’t require medical care, or they have the virus with no symptoms. There’s been no evidence that mild or asymptomatic cases could contribute to asthma.

While more research is needed to establish a clearer link between RSV and long-term effects on breathing, families with a child who had RSV can be on the lookout for wheezing and symptoms of asthma.

Early diagnosis and treatment to bring asthma under control can prevent scarring and chronic swelling in the airways, damage that can make asthma medication less effective.

An outbreak of RSV over the summer of 2021 was unusual for a virus that typically shows up more frequently in colder weather. Rates of RSV were low early in 2021, but picked up over the summer as more children were out in public The unusual spike raised concerns that there could be a prolonged outbreak of RSV during its traditional fall and winter months.

Young children under 2 who have major underlying health problems such as heart disease or being born very early may be at higher risk of severe illness with RSV. Parents children with these health issues should discuss ways to reduce the risk associated with RSV infections with their pediatrician.