Reluctance to get a COVID-19 vaccine could hamper its effectiveness

Reluctance to get a COVID-19 vaccine could hamper its effectiveness 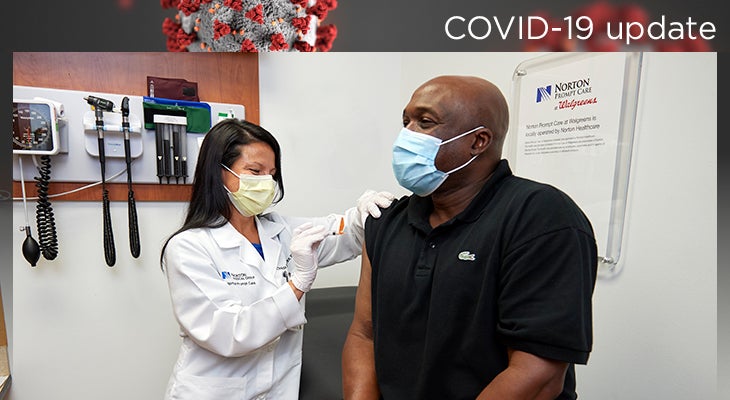 As vaccination against COVID-19 is on the horizon, physicians and public health officials are concerned that this potentially lifesaving measure will be viewed with skepticism and even refusal.

The vast majority of individuals get vaccinations as recommended, but in recent decades an increase in vaccine hesitancy has been fueled largely by misinformation spread on the internet and through social media.

About half of Americans say they would not get a COVID-19 vaccine, at least initially. Trust in the safety and efficacy of a vaccine against the pandemic is especially low in the Black and Latinx communities, according to recent studies.

“Among the reasons for this are misinformation about vaccines in general and distrust of a system that seems to have pushed development too fast,” said Gary S. Marshall, M.D., infectious diseases physician with Norton Children’s Infectious Diseases, affiliated with the UofL School of Medicine.

Dr. Marshall is also a professor of pediatrics and chief of the Division of Pediatric Infectious Diseases at the University of Louisville.

Rigorous clinical trials involving tens of thousands of subjects already have been completed for three of the vaccines that will be distributed initially in the U.S. These studies have shown remarkably consistent efficacy (in the 90% range, which is remarkable for any vaccine) and no serious side effects, according to Dr. Marshall. After the vaccines are distributed, their safety and effectiveness will continue to be monitored.

Vaccines work in two ways: They provide immunity to individuals, and they reduce spread of infection in the community. The latter — called “herd immunity” — does not happen if too few people are vaccinated. Lethal diseases like measles were eliminated from the U.S. years ago through programs that achieved greater than 90% vaccine coverage rates. The hope for COVID-19 is that the terrible disease burden we are seeing now can be lessened through widespread vaccination.

The public health impact of the pandemic — approaching 300,000 U.S. deaths — suggests that any low or even moderate risks of side effects are far outweighed by the potential benefit, according to Dr. Marshall.

“Even if a vaccine doesn’t prevent infection 100% of the time, it is likely to prevent hospitalization and death,” Dr. Marshall said.

People may be wary of COVID-19 vaccines because there is a tendency to equate the severity of potential side effects with the seriousness of the disease — the idea that anything strong enough to fight off a killer disease must be risky itself, according to Dr. Marshall. This is a natural human tendency but doesn’t hold up in reality. As an example, Dr. Marshall notes, rabies is 100% lethal, but the rabies vaccine is 100% effective, and the worst side effect is a sore arm.

Even with rapid development and emergency authorization, vaccines undergo rigorous testing and must meet safety and efficacy criteria

There’s also a general lack of understanding of the vaccine development process and the rigorous safety checks that are in place, even when vaccines like current COVID-19 candidates are developed so quickly.

Phase 3 trials, each involving tens of thousands of volunteers, have shown similarly high efficacy and safety for vaccines made by Pfizer/BioNTech, Moderna, and AztraZeneca/Oxford University, and these are the most likely vaccines to be distributed first in the U.S. Each of these studies employed an independent data monitoring committee to keep tabs on progress and results. Also, the trials included volunteers from high-risk groups, such as the Black and Latinx populations.

Shortly after the Food and Drug Administration receives the applications containing clinical trials data for each of these, it will meet to determine whether emergency use authorization (EUA) should be granted. EUA is similar to standard approval in that the product can be used in practice and outside of the research context.

Under an EUA, data continues to be collected that ultimately can lead to full approval. In parallel, the Advisory Committee on Immunization Practices will meet to come up with recommendations about prioritizing groups who should be vaccinated first.

As with any new vaccine, serious and very rare side effects can be detected only after millions of people are vaccinated.

Ultimately, if such events are detected, society will have to balance the very low probability of those serious reactions with the very real, much more likely possibility that millions will die of COVID-19 if we do not achieve population immunity soon, according to Dr. Marshall.