Best way to prevent a brain injury: Wear a helmet

Best way to prevent a brain injury: Wear a helmet

Summer is the biggest time for bicycle accidents. Wearing a helmet can reduce the risk of brain injury by as much as 88%. 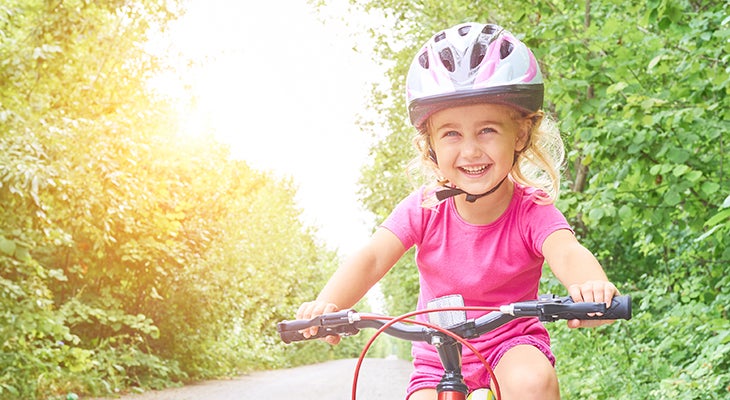 A 2019 study in the journal Brain Injury found that when compared with adults, especially those older than 40, children 17 years old and younger were the least likely to have been wearing a helmet during a cycling accident that caused a head or neck injury.

Injuries were much more severe for children not wearing a helmet; only 12% of injured kids wore helmets, according to the study.

Head injury is the most common cause of serious disability and death in bicycle crashes. The brain controls so much of who we are and what we do — if a child experiences a moderate or severe brain injury during a biking accident, they could face a wide range of challenges. These could affect their ability to think and remember, manage their emotions, and to perform basic physical tasks.

How to prevent brain injury while biking: Wear a helmet

The single most effective safety device available to reduce head injury and death from bicycle crashes is a helmet. Parents can help their child by: