Overdoses in children may not be what you think

Overdoses in children may not be what you think 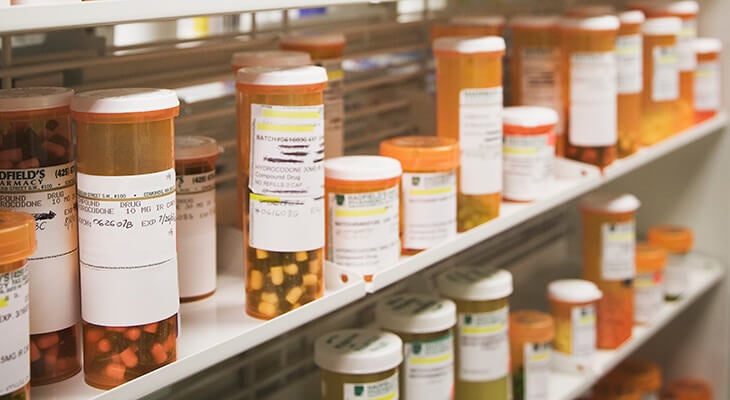 When parents think of drug overdoses in kids, many think of street drugs such as bath salts, marijuana or ecstasy. However, parents need to keep in mind the dangers associated with drugs right in their own medicine cabinet.

Child and teen overdoses associated with prescription drugs found in the home are on the rise. According to the Kentucky Poison Control Center of Norton Children’s Hospital, in 2017 the center received 6,966 calls related to medication ingestion or overdose in children and teens. Of those calls, 2,010 involved an overdose or issue with a medication prescribed specifically for a child.

“We are receiving an increased number of calls to our 24-hour call center from parents with children who have received or taken a higher than prescribed dose of their medication,” said Maria Chapman, program coordinator with the Kentucky Poison Control Center of Norton Children’s Hospital.

Keep prescriptions as secure as you would liquor or guns

“These are either young children gaining access to their own prescriptions, parents accidentally double-dosing or an older child intentionally taking more than the prescribed dose,” Chapman said. “We encourage parents to be vigilant about putting prescriptions in a secure place in the home, much like they would alcohol or weapons.”

Double-dosing often occurs when parents are going through their busy morning routines and forget they’ve already given one dose, or when an adult in the household does not communicate to another adult that a medication was already given.

The risk of overdosing on prescription drugs in not limited to small children — the problem is prevalent in teens as well. As teens are given the responsibility to take their own medications, it increases the chance of an overdose from either accidentally or deliberately taking too much medication.

Think your child might have taken or received too much medication?

Be aware of kids sharing prescriptions

“We often treat teens in the emergency department who shared their medications or their parents’ medications with friends,” said Sandra M. Herr, M.D., medical director of the Norton Children’s Hospital emergency department. “Many teens think they know what type of medicine their friend is sharing and they end up having to be treated for symptoms that are caused from taking medicines they are not prescribed.

“Often we have to treat the symptoms that are caused from the overdose, including fever, muscle spasms, chest pain and sedation when patients come in highly agitated from a drug,” said Dr. Herr, who also is associate professor of pediatrics at the University of Louisville School of Medicine.

In severe cases the side effects may cause permanent damage and even death.