Is poison ivy contagious? How does it spread?

Is poison ivy contagious? How does it spread? 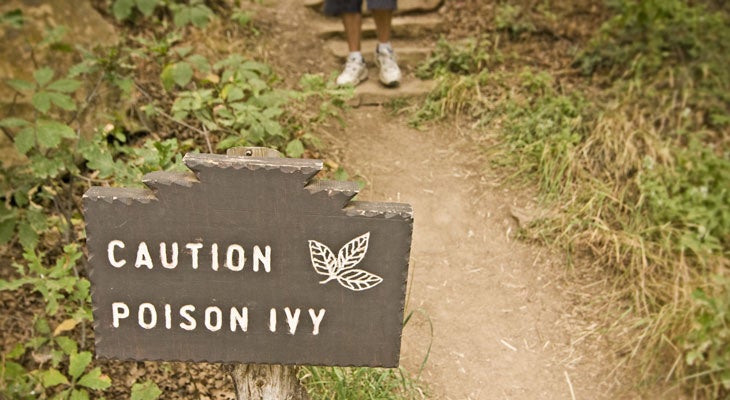 Poison ivy isn’t contagious and the oil that causes the rash and blisters can be washed off the skin quickly while the reaction lasts for a few weeks. Pets can carry the oil from the plant’s sap in on their fur, but the oil typically doesn’t transfer from person to person.

It’s important to know that the oil doesn’t rely on the living plant to cause a reaction. The irritating oil can persist on surfaces like gardening tools, gloves and other items until it’s washed off.

When the oil contacts skin, the allergic reaction begins. First, it’s an itch that starts a few hours to several days later.

“A poison ivy reaction can range from a mild itch to large blisters on the skin,” said Gregory E. Shaw, M.D., pediatrician with Norton Children’s Medical Group – Lakeview in St. Matthews. “It’s difficult, but you really need to avoid scratching. Scratching exposes the rash and blisters to bacteria, which can cause an infection.”

It may seem like the rash is spreading because your body’s allergic reaction can occur in stages where the oil made contact.

How to treat poison ivy

If you have any of the following severe poison ivy symptoms, contact a health care provider

The U.S. Food and Drug Administration offers these tips for preventing a poison ivy rash: