Boy fighting cancer has passion for giving back

Boy fighting cancer has passion for giving back

Isolated by the pandemic, Beckham Goodale collects toys and games for other kids hospitalized with cancer 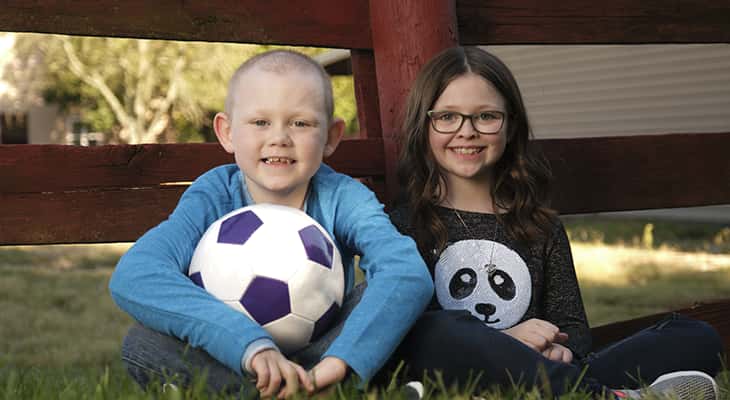 Methotrexate and vincristine are complex words for most, but 7-year-old Beckham Goodale knows them and can pronounce them just as well as any doctor. They’re words no child should know, but this is the reality of pediatric cancer.

In the days leading up to his diagnosis, Beckham struggled with a fever, leg and abdominal pain, and poor appetite. Tests confirmed the unimaginable.

“I thought they were wrong — I thought he had a virus,” said Beckham’s mother, Erin Goodale. “You always think it’s not going to be your child.”

Upon receiving the news, Erin fought back tears. Beckham wondered what was wrong, but Erin — still processing this herself — wasn’t prepared to explain.

“I lied to him — I told him I stubbed my toe,” Erin said. “And despite the pain he was in, despite the fact that his little body was fighting cancer, he was worried about me and my toe.”

Beckham has the heart of a giant. He’s earned the nickname “Candy Man” at Norton Children’s Cancer Institute, affiliated with the UofL School of Medicine, because he always comes bearing gifts of candy for his nurses and doctors. He can tell you the favorite candy of each member of his care team.

“At night when we pray, he prays for all of his friends who have cancer, but never prays for himself,” Erin said.

He and his family started “Beckham’s Buddies,” where they collect donated toys for other kids in the hospital. In July 2021, he filled the hearts of many kids at Norton Children’s Cancer Institute with a donation haul of new games and toys, as well as special notes of inspiration.

A cancer diagnosis coupled with a global pandemic has left Beckham isolated, as he can’t risk exposure to any viruses that would wreak havoc on his compromised immune system.

“Outside of the hospital, he doesn’t get to see any other kids except for his sister,” Erin said. “The nurses and other patients are the most social interaction with friends he gets right now.”

He had to drop out of kindergarten after his diagnosis. He’s now doing five hours of school, virtually, each week. He can’t wait to get back to school.

“Being pulled out of school was really rough, but when he was diagnosed, Norton Children’s child life team gave us a stuffed monkey to put in his classroom chair while he’s out,” Erin said.

The monkey tags along on class trips and in photos, which are shared with Beckham. It’s a reminder that he’s not been forgotten.

Beckham went into remission in April 2021 and has big plans for the future — like playing soccer again, hanging out with his friends, riding his bike and going to the zoo. He returned to school this year.

The team at Norton Children’s Cancer Institute, including Beckham’s providers, nurses, social worker, psychologist and the community of other parents whose children have acute lymphoblastic leukemia, have helped the Goodales adjust to their new reality for the next few years.

“The type of leukemia Beckham has is very aggressive, which requires aggressive treatment. Hidden leukemia cells could send him into a relapse, so we are doing everything we can to keep that from happening,” said Ashok B. Raj, M.D., Beckham’s hematologist/oncologist with Norton Children’s Cancer Institute.

“He has been very brave through all of this,” Erin said.

His brave spirit and generous heart will keep him thinking of others as he continues his fight.

Hundreds of children like Beckham undergo treatment each year at Norton Children’s Cancer Institute. Thanks to research that has led to new treatments, some pediatric cancers once considered incurable now have a survival rate of about 85%. The Evan Dunbar Pediatric Cancer Research Program looks to expand existing research and develop more ways to help children.

This is part of a $20 million vision for Norton Children’s Cancer Institute, which includes establishing new initiatives in cellular immunotherapy and precision medicine that will attract more highly trained clinician scientists to the community and bring new and transformative treatments to children with cancer.

Experience and expertise at the leading edge treating pediatric leukemia.

The gift was announced in August 2021 at the Evan Dunbar Lectureship featuring the chair of the Children’s Oncology Group, Douglas S. Hawkins, M.D., from the Center for Clinical and Translational Research at Seattle Children’s Hospital, Washington. 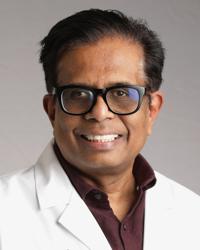