Hemophagocytic lymphohistiocytosis (HLH) is a rare but treatable blood condition. Without quick diagnosis and treatment, it can be fatal. 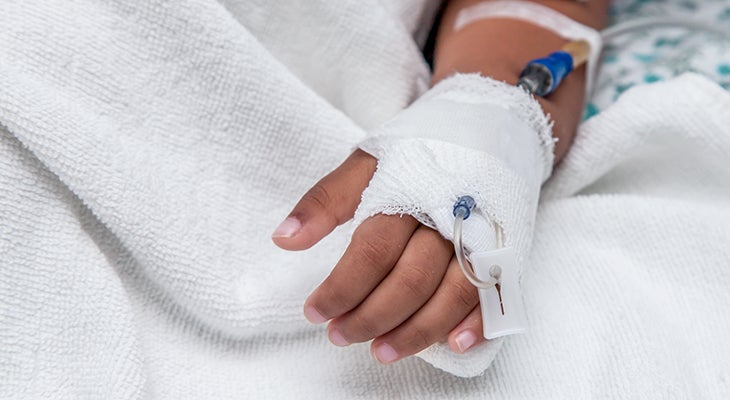 Recently, ESPN reporter Edward Aschoff passed away unexpectedly on his 34th birthday after a brief illness. His fiancée disclosed that he was diagnosed with multifocal pneumonia and was being treated for a “presumed diagnosis” of hemophagocytic lymphohistiocytosis (HLH).

What is HLH, and what can make it dangerous? HLH is a rare but treatable blood condition that affects the immune system. Because of its rarity, there are often delays in diagnosis. Without quick diagnosis and timely HLH treatment, however, it can be life-threatening.

HLH can be inherited (primary or familial HLH), or it can be acquired and caused by another disease (secondary HLH). Primary HLH is caused by genetic defects in one of the proteins that form toxic granules to kill diseased cells. When the disease is acquired, it’s typically through viral infections, weakened immune systems or cancer. In both types of the disease, the underlying defect triggers an excessive and uncontrolled immune response.

The most common symptoms of HLH are prolonged fever and an enlarged spleen. Other symptoms include low blood-cell counts, swelling of lymph nodes, rashes, digestive issues, yellow skin/eyes and disruptions to the central nervous system.

When a person has HLH, aggressive white blood cells can damage the liver and spleen by clustering in these organs and causing them to enlarge. Although not always seen, the presence of phagocytic cells (histiocytes) engulfing red blood cells in the bone marrow or liver of a patient is characteristic of the disease. This finding explains the origin of its name.

The diagnosis of HLH is often difficult, because the clinical picture can mimic that of other conditions such as infections, inflammations and malignancies. Timely diagnosis and treatment are critical for HLH because the disease develops rapidly and can become life-threatening. Diagnosis comes through blood testing, testing the function of the immune system and genetic testing to see if the disease has been inherited.

“This fast-moving disease requires fast treatment to suppress the overactive immune system. While there are differences between familial HLH and acquired HLH, initial treatment needs to begin right away and shouldn’t wait for genetic testing to be completed,” said William T. Tse, M.D., Ph.D., director of the Blood and Marrow Transplant Program at Norton Children’s Cancer Institute, affiliated with the UofL School of Medicine.

In both primary and secondary HLH, treatment starts by focusing on calming the overactive immune system with a regimen of steroids and chemotherapy. HLH is not cancer, but cancer-fighting chemotherapy drugs can be effective.

Clinical studies and animal-model research on HLH have shown that novel treatments that target the hyperactive immune system and reduce inflammation can be effective. The Food and Drug Administration recently approved emapalumab, a monoclonal antibody that binds and neutralizes interferon gamma. This inflammatory factor is excessively secreted by activated immune cells in HLH.

The drug has been approved for treatment of primary HLH that does not respond to conventional therapies. Other agents that target and interrupt the hyperinflammatory process seen in HLH also are being studied in clinical trials.