Could ‘13 Reasons Why’ really happen?

Could ‘13 Reasons Why’ really happen? 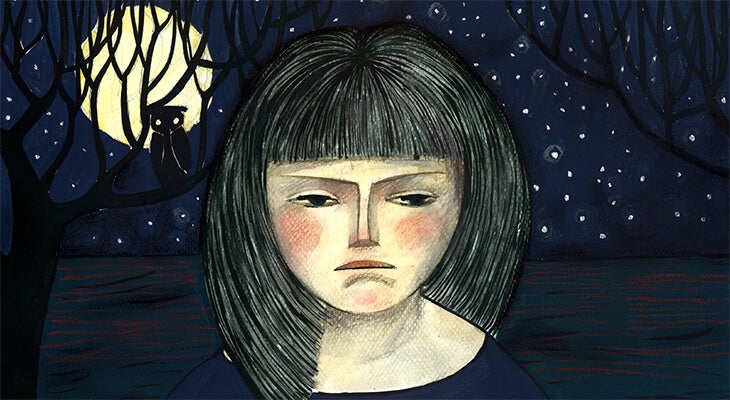 As the coordinator of health and wellness for Norton Children’s Prevention & Wellness, I hold teen wellness workshops at local high schools. They cover a wide range of health and safety topics, and each workshop concludes with students presenting a media campaign to raise awareness among their peers on a particular health behavior of their choosing. What I was not prepared for was the number of teens who did projects around mental health, stress, anxiety, dating violence and drug use.

One group created an Instagram account around teen depression and self-harm. A group member shared the following:

My name is Veronica* and this is my story. Growing up wasn’t very easy. I was always teased in elementary school for being the “teacher’s pet” or the shortest in the class. I was bullied from third to fifth grade and it was terrible for me. Instead of telling my parents or a teacher about what was going on, I began to stop talking a lot and I would lock my door and cry. I began to have suicidal thoughts and had dreams of planning my death in many different ways.

I recently watched the Netflix original series “13 Reasons Why.” The show features a high school student, Hannah, who before committing suicide recorded a series of audiotapes for each of the 13 people in her life who led her to make the decision.

The show is at times very hard to watch. What made it even more painful is the realization that Hannah’s story is not unique. According to the Centers for Disease Control and Prevention (CDC), nearly 16 percent of Kentucky high school students report that they’ve seriously considered attempting suicide. Also alarming is over 30 percent, or one in three high school students in Kentucky, report that they felt sad or hopeless longer than two weeks.

There has been much controversy surrounding the “13 Reasons Why” series, including criticism that it glamorizes suicide.

If you suspect a teen might need help dealing with stress, depression or other mental health issues, contact your child’s physician. If you need a physician, call (502) 629-KIDS or find one today.

Your child’s high school counselor may be able to refer you to a mental health professional in your community.

According to Bryan Carter, Ph.D., pediatric psychologist with University of Louisville Physicians and Norton Children’s Hospital, “while this series is a fictional TV drama, there is a definite likelihood that this depiction could spark a phenomenon known as ‘suicide contagion,’ in which there is an increase in teen suicide attempts and even successful suicides as a form of imitation.”

Dr. Carter goes on to explain that the way in which this program dramatizes one teen’s documented progression to choose to end her life fails to address critical issues, including available sources of support and professional help that could have changed the outcome. Instead, the program’s writers and director have left the viewer with the image of the victim reaching almost celebrity status among her peers as the result of her actions.

“This is a very dangerous impression to convey to teens who may be craving attention and approval from their peer group,” Dr. Carter said.

Adolescence is an extremely trying time for most. Teens feel pressures from many directions to live up to certain expectations, successes and behaviors. For me, this particular teen wellness workshop was a wake-up call. What were once considered “adult” issues are directly having an impact on our children. Topics that were once taboo to discuss need to be talked about in the open.

If your child approaches you with a concern, take a deep breath and listen. Sometimes teens don’t want you to “fix” it — they want you to listen without judgment. You are their trusted adult, their confidant, their support system. What may seem like innocuous “picking on” or “kids being kids” to an adult can be devastating to a teen. Chronic stress, anxiety, depression and self-harm are real reactions and conditions to real-life stressors imposed on teens.

“However trivial your child’s stresses may seem to you, it is critical that you do not minimize their importance to your child,” Dr. Carter said. “For teens, the daily stresses of relationships, acceptance, physical appearance, feelings of doubt and competence, are of monumental importance. So listen more and speak less; avoid lectures, and let your child know he or she is loved, valued and supported. And if your child needs help in coping, proactively seek professional help.”

It’s time to open the dialogue around teen mental health and well-being. I believe that it’s not only important for parents to engage in the conversation, but the whole community to take some role in being a support system. As Veronica summed up:

With this project, we hope people can feel safe. Even though we cannot cure depression with words, we would like for more people to be aware of this so that they can help people dealing with this and so people that do have it could get the help that they need without anyone judging them.