What is measles? Find answers about the disease

What is measles? Find answers about the disease 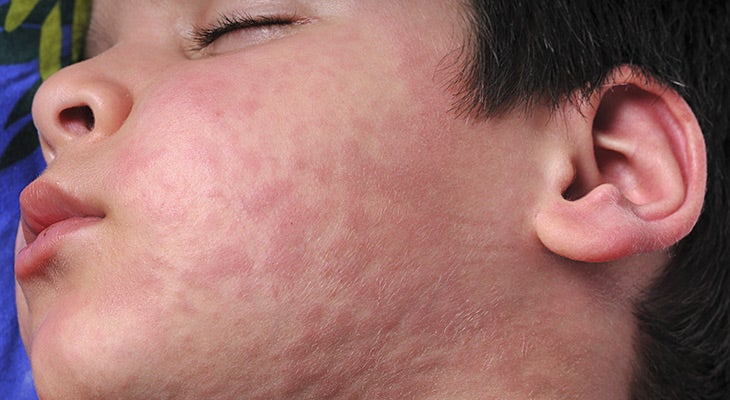 Already in 2019 there have been more measles cases in the United States than any year since the disease was initially declared eliminated in 2000. Nearly two dozen states, including Kentucky, have reported cases.

Many parents in Louisville and Southern Indiana are concerned about the risk and exposure to their children. We spoke with Kristina Bryant, M.D., hospital epidemiologist at Norton Children’s Hospital and pediatric infectious disease specialist with UofL Physicians – Pediatric Infectious Diseases, to set the record straight.

Measles is caused by a virus that spreads easily but typically doesn’t affect people because of natural resistance and vaccination.

The disease typically runs its course without treatment in a week or 10 days. Some of the common complications of measles can be very serious, especially in very young children, pregnant women and those with weak immune systems.

Once someone has had measles, they typically are immune for life.

Why is measles in children a concern?

Measles can kill children and babies. In nonfatal cases, the virus can lead to pneumonia and other life-altering conditions including brain damage and deafness. According to the Centers for Disease Control and Prevention (CDC), nearly a third of children younger than 5 years old who have measles have to be hospitalized.

How is measles spread?

It’s very contagious. You can catch measles just by being in a room where a person with measles has been, up to two hours after that person is gone. Almost everyone who has not been vaccinated will get measles if they are exposed to the virus.

Usual findings of measles include fever and a rash. The measles rash of tiny red spots typically starts on the head near the hairline before spreading to the rest of the body. The rash appears two or three days after the first symptoms of fever, cough, runny nose and red eyes.

The red spots are typically flat, but may develop into small bumps. As the red spots spread, they may join together.

What are measles symptoms?

Measles starts with a fever that can get very high. A measles rash of tiny red spots can start at the head and spread to the rest of the body. Cough, runny nose and conjunctivitis (“pink eye’) also occur. Some children will have diarrhea.

What are measles risk factors?

People who haven’t been vaccinated are at risk. This includes babies younger than 12 months, because they are too young to receive the vaccine, though they may have some passive immunity for the first year if mom was immunized before pregnancy. Pregnant women, young kids and people with weakened immune systems are at highest risk for complications from measles.

Is there a measles treatment?

There’s no specific treatment, which is why prevention (vaccination) is so important. Medications often are used to treat some of the symptoms of measles, but the virus itself has to run its course.

Related: Scared of vaccines? Maybe you should be scared of measles instead

The best and only protection against the measles is the measles-mumps-rubella (MMR) vaccine. MMR vaccine provides long-lasting protection against all strains of measles. Your child needs two doses for best protection. The first dose should be givenbetween 12 to 15 months of age and the second between 4 and 6 years old. If your family is traveling overseas, the recommendation is different. Talk to your child’s pediatrician if you’re planning to head out of the country.

How effective is the measles vaccine?

Very effective. Two doses of measles vaccine are about 97% effective at preventing measles if exposed to the virus. One dose is about 93% effective.

After both doses, will my child ever need a booster vaccine?

No. At this time, the CDC considers people who received two doses of measles vaccine according to the U.S. vaccination schedule protected for life.

If you have concerns about vaccines, be sure to talk with your pediatrician. If you don’t have a pediatrician or family doctor, we can help you.

Could I still get measles if I am fully vaccinated?

In rare cases, yes. About 3% of people who get two doses of measles vaccine will still get measles if exposed. However, fully vaccinated people are likely to have a milder illness. They’re also less likely to spread the disease to other people, including those who can’t get vaccinated.

If I’m pregnant, should I be concerned about my baby?

Most women of childbearing age have been vaccinated and therefore are protected. If a nonimmune pregnant woman is exposed to measles, it may cause health problems to both her and her unborn baby. In a CDC study, the most common effect to the mothers was pneumonia, and the most common effect on the baby was premature delivery. If mom is exposed within 10 days of delivery, she can cause a serious infection in her newborn at birth.

Can I get the vaccine while pregnant?

If a pregnant woman was not previously vaccinated against measles, she cannot receive the vaccine until after delivery.

My child might have been exposed to measles. What should I do?

Watch for signs of sickness. If your child starts showing signs of having a cold or the flu, immediately call your doctor and let him or her know about the symptoms so that they can tell you what to do. It’s incredibly important to talk to someone at the doctor’s office before showing up. This will give the office time to prepare while making sure other patients aren’t exposed to the virus.

There’s been a reported case at my child’s school or day care, should I pull my child out?

Measles can remain in the air for up to two hours after a sick person has left the area. Only people who visited those locations during those specific times, and who are not vaccinated, should be concerned. The locations are generally safe for people who have been vaccinated or who visited outside of the specific dates and times. When a case of measles is reported in a school, follow the guidance of the health department.