What is congenital diaphragmatic hernia?

What is congenital diaphragmatic hernia? 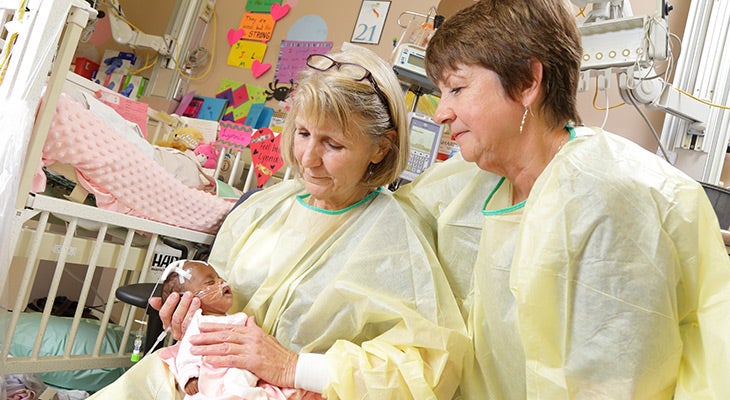 The organs pushing through the hole in the diaphragm is defined as a hernia. This type of hernia can prevent a baby’s lungs from developing as they should, a condition known as pulmonary hypoplasia.

Children can become more at risk for other problems due to pulmonary hypoplasia, including:

There are two types of diaphragmatic hernia, including:

How is a diaphragmatic hernia diagnosed?

A child can be diagnosed immediately after birth, with many of the same tests ordered, if he or she shows symptoms of the condition.

From the surgeons and anesthesiologists to the nursery and pediatric intensive care doctors and those who specialize in your child’s condition, every doctor at Norton Children’s Hospital specializes in caring for children.

What are diaphragmatic hernia symptoms?

How is a diaphragmatic hernia treated?

After the baby is born, he or she will begin treatment for diaphragmatic hernia. The following may happen:

If you believe your child has symptoms or has been exposed to COVID-19, you can get direction for any additional care from a nurse.
Call (502) 629-KIDS (5437)
Choose option 1, then option 3