What exactly is enterovirus?

What exactly is enterovirus?

Virus causes sick days and misery for many kids 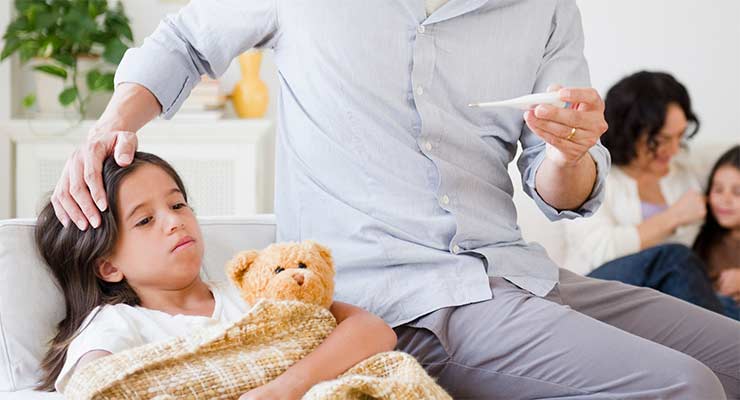 If you have kids, you’re no stranger to sick days this time of year. The culprit? Many times an enterovirus. While it sounds scary, it’s usually just something that needs to run its course.

Every year in the United States, millions of kids are infected with an enterovirus, according to the U.S. Centers for Disease Control and Prevention.

However, most people infected by enteroviruses do not even get sick. If they do, they may think they just have a cold. But sometimes the virus causes respiratory illness that can become quite severe, especially in infants, children and teenagers. It can be severe enough to require hospitalization, especially in children with underlying health issues such as asthma.

“We are seeing a lot of children right now with viruses,” said Becky Carothers, M.D., Norton Children’s Medical Group – Broadway. “Unfortunately, antibiotics will not help a virus, so there is no treatment other than to let the virus run its course while easing the symptoms. This usually means rest and hydration.

“However, if your child is having difficulty breathing or has a high fever, you need to call your pediatrician. These are serious health concerns that need to be addressed.”

Enteroviruses are found in an infected person’s bodily fluids, including blood, stool, mucus, saliva and blisters. That means the virus can spread when a person sneezes or coughs. The fluid from the sneeze or cough lands on a hard surface that others may touch. If they then touch the mouth, eyes or nose, the infection spreads.

The best way to prevent infection is to wash your hands with soap and water — and have your children wash as well. Also, avoid close contact with people who are sick, and make sure you disinfect surfaces that are touched often, such as doorknobs and tabletops.

Common symptoms of enterovirus, according to the CDC:

Need a pediatrician? Find one now.