Donors give more than $2.4 million through society 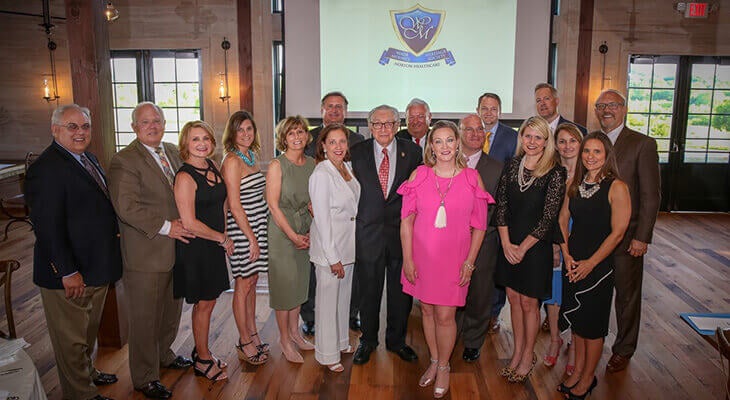 Fourteen families have joined the Wade Mountz Heritage Society after making gifts totaling more than $2.4 million to the Children’s Hospital Foundation and/or Norton Healthcare Foundation. Established in 2008, the society recognizes individuals who have made irrevocable planned gifts of $100,000 or more to the foundations, which benefit the hospitals and services of Norton Healthcare and Norton Children’s Hospital.

To date, members of the society have donated more than $43 million toward the future of health care in our community.

“These individuals have taken a leadership role in supporting health care needs in our community,” said Lynnie Meyer, Ed.D., R.N., CFRE, chief development officer, Norton Healthcare. “They are supporting high-quality, high-touch, innovative care at Norton Children’s Hospital and Norton Healthcare, and are making a long-term investment in health and wellness.”

The model of charitable estate planning used for the Wade Mountz Heritage Society allows individuals to leave a lasting legacy.

The Wade Mountz Heritage Society is named in honor of Norton Healthcare President Emeritus Wade Mountz and embodies many of his core values, such as his vision, leadership, character, commitment and integrity.

Members of the Wade Mountz Heritage Society are recognized at an annual dinner.