Treating speech and other developmental delays early is important

Treating speech and other developmental delays early is important

Speech and other developmental delays in toddlers are very common, and children can outgrow those delays especially when addressed early. 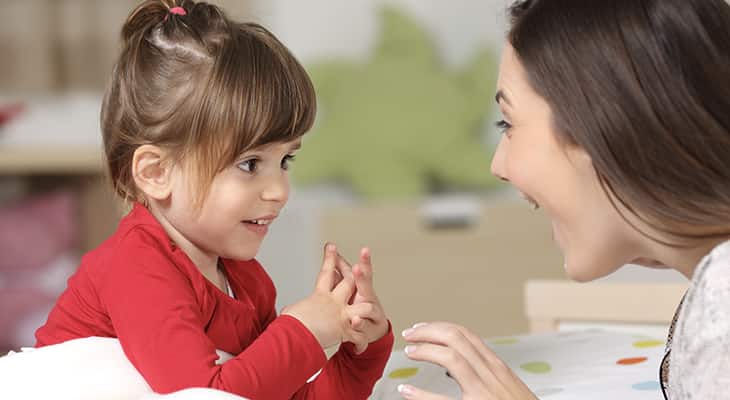 Speech delay in toddlers is very common, along with other developmental delays in children such as motor skills, listening, understanding or social development.

About 15% to 20% of children nationally are affected by developmental delays. Children can outgrow those delays later in childhood, especially when delays are addressed early. The opportunity to treat developmental delays in the first three years of life is important, as that period is so critical to brain development.

In addition to addressing the specific delays, intervention and treatment can help with a child’s self-esteem, self-confidence, and mood issues, according to Dr. Farber.

Developmental delays and disabilities typically are diagnosed after a physical exam, a family history and tests. The observations of parents and caregivers also are important.

The tests needed to reach a diagnosis vary from child to child, depending on the developmental issue. Possible tests include a genetic test, a blood test, a test of vision or hearing, tests of electrical activity in the brain and other brain imaging.

Assessing the child may involve a team that could include a neurologist, pediatrician, psychologist, geneticist, educator and a social worker. They are looking at five major areas: motor skills, speech, social skills, cognitive abilities and activities of daily living.

With offices from Corbin, Kentucky, to Paducah, Kentucky, quality neurological care can be close to home.

There are many possible causes of development delays and disabilities. These include:

Learning disabilities can range in severity and typically fall into four categories:

“Since they have normal intellect, appropriate therapies and having an educational program in place can help them overcome their condition and navigate around their learning challenges,” he said.

Autism is a common developmental disability, causing a delay in language and social development typically beginning at 2½ to 3 years of age. These children often have a lot of obsessive-compulsive behavior and also can have behavioral issues.

Cerebral palsy is another relatively common developmental disability, caused by an injury to the central nervous system early in brain development. It doesn’t get worse as a child gets older, but the injury affects motor skills throughout life.