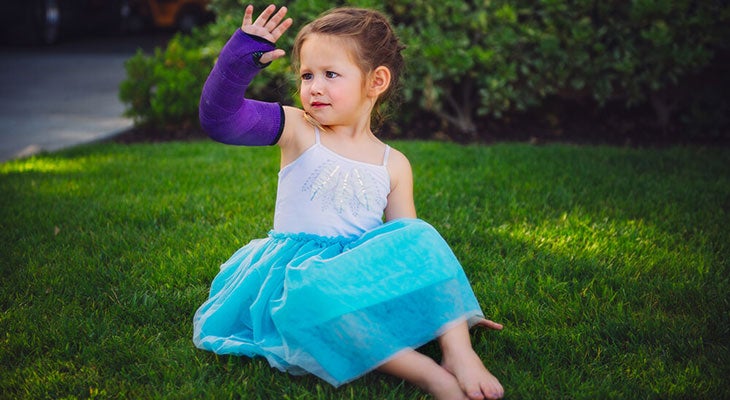 To jump or not? Trampolines are popular fixtures in backyards, and trampoline parks are popular in cities across the U.S. But pediatric orthopedic surgeons warn about trampoline use and accidents that cause broken arms, wrists, elbows and legs, as well as knee and joint injuries.

“We see an increasing number of injuries from kids jumping on trampolines,” said Star L. Nixon, M.D., pediatric orthopedic specialist with Norton Children’s Orthopedics of Louisville, affiliated with the UofL School of Medicine. “Most people think that the injuries are caused by kids falling off and that a net will protect them, but that’s not true.”

In fact, a study by the American Academy of Pediatrics Council on Sports Medicine and Fitness found that the majority of injuries occur on the trampoline and when two more jumpers are using it at the same time. Fractures and dislocations made up 48% of the injuries in children age 5 and younger.

Children in our area often require care at Norton Children’s after injuries on trampolines.

“These include broken arms, wrists, elbows and legs as well as knee and joint injuries,” Dr. Nixon said. “When multiple jumpers are on the trampoline, the danger increases; because when one jumps up, it leaves extra tension on the surface of the trampoline. For the other person coming down onto that surface, it can be like landing onto concrete.”

Smaller children at a higher risk

“When anyone jumps on a trampoline, it can put extra stress on the bones,” Dr. Nixon said. “The bones and ligaments also are more at risk because there is often a twisting motion that can cause an injury. For younger children whose bones are still developing, there is a higher risk.”