What to do about a toddler coughing at night

What to do about a toddler coughing at night

When a toddler lies down for the night, mucus can drain and trigger a cough. Here are some home remedies. 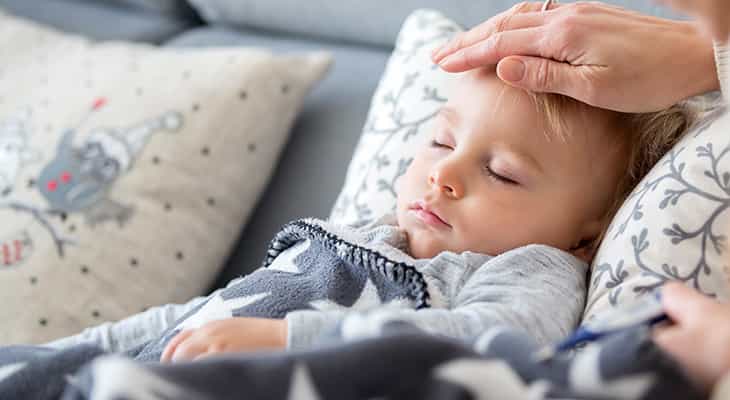 A toddler coughs when lying down? Maybe didn’t cough at all during the day, or not cough much, but started coughing at night?

The reason is that mucus from the sinuses drains into the throat while your toddler is horizontal, triggering the cough. Asthma also can cause a nighttime cough, as airways tend to be more irritable after bedtime.

Contact your pediatrician if your toddler’s cough is on-and-off and gets worse at night and while active.

“While a nighttime cough is typically the result of drainage while lying down, it also could be a sign of asthma. If your child is having trouble breathing or can’t speak, eat or drink, seek emergency help right away,” said April R. Mattingly, M.D., pediatrician with Norton Children’s Medical Group – Crestwood.

Pediatric primary care at more than 20 locations in the Louisville area, including Southern Indiana.

Find a provider near home, work or school.

If your toddler is coughing at night and can’t get uninterrupted sleep, here are some ways to help everyone quiet down and get some rest:

A 2007 study found 1 teaspoon buckwheat honey given at bedtime was better than no treatment and just as effective as dextromethorphan for easing a cough and improving a child’s sleep. Over-the-counter cough medicines should be avoided in toddlers. Babies less than 12 months old shouldn’t consume honey because of botulism risk.

Related: Dry cough in kids and other coughs explained

With the bathroom door closed, run a hot shower and sit with your toddler for 15 minutes. The steam helps break up congestion, making it easier to blow or cough out.

Run a humidifier near the toddler’s bed. The cool, moist air will help clear airways.

A bulb syringe can clear mucus if your toddler hasn’t gotten good at nose-blowing yet.

A spray of saline solution in each nostril during the day loosens mucus.

VapoRub on the feet?

There’s no evidence this home remedy works, but there’s also no harm in rubbing the ointment on the toddler’s feet under a pair of socks. Who knows?

Maybe it’s the steam or warm liquid on the throat, but chicken soup can ease coughs and sore throats.