Are ticks worse this year?

Are ticks worse this year? 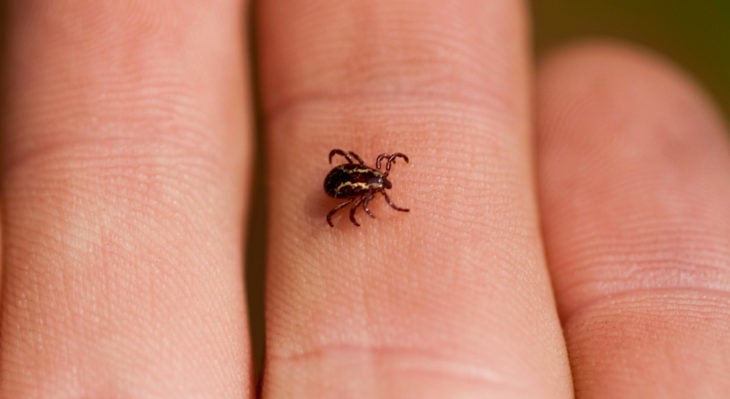 A colleague of mine was recently traumatized after she found a tick on her head. She discovered it while driving and, in a moment of panic, ripped it off and tried to drown it in her coffee (not the recommended way to kill a tick, by the way). This sparked a conversation in the office: Why do ticks seem to be so bad this year?

Mike Schardein, M.S., environmental biologist, with the Kentucky Division of Epidemiology and Health Planning, told me the tick population isn’t necessarily higher, but the mild winter is bringing them out earlier than normal.

“We really needed a string of days with temperatures in the 20s or below, and we didn’t get it,” Schardein said. “Plus this warm spring also is drawing people and pets outside, leading to early contact.”

“Ticks are all different sizes, so giving your child and yourself a good once-over at the end of a day outside is important,” Dr. Mims. “This can be done during bath time for children or when getting cleaned up and ready for bed.”

Most ticks can be seen relatively easily, but they do like to hide on the scalp under hair and warmer areas such as armpits. Dr. Mims advises that parents look for black bumps on the skin and scalp.

If you spot a tick, use the tried-and-true method to remove it.

“Home remedies are not recommended,” Dr. Mims said. “The old wives’ tales of using petroleum jelly, dish soap and other strategies are not as effective and can cause skin irritation.”

Get more information from the CDC on ticks, preventing tick bites and how to get rid of them.

In rare cases, swelling and redness may develop at the site of the bite — a sign there could be an infection. If that happens, see your physician for possible treatment, which may include an antibiotic.

“If further symptoms develop, such as fever, body aches, headache or rash — specifically a bull’s eye-shaped rash around the bite — seek immediate medical treatment,” Dr. Mims said. “These may be symptoms of Lyme disease or Rocky Mountain spotted fever.”

“Most tick bites are usually painless, and about half of the people who develop Rocky Mountain spotted fever do not remember being bitten,” Dr. Mims said. “The disease frequently begins with a sudden onset of fever and headache resulting in a visit to the doctor during the first few days of symptoms. Because early symptoms may be nonspecific, several visits may occur before the diagnosis is made and correct treatment begins.”