Throwback Thursday: A champ for kids

Throwback Thursday: A champ for kids 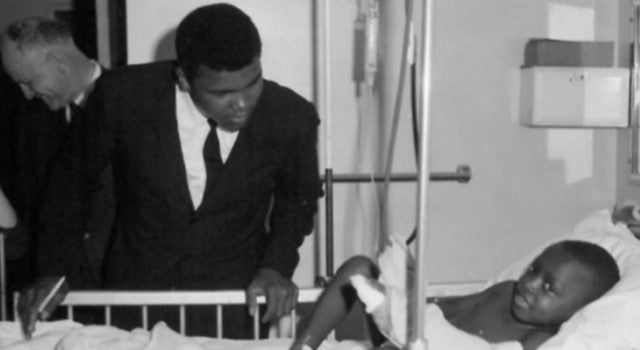 On Oct. 27, 1966, Muhammad Ali met Doug Jones in a six-round exhibition bout at Freedom Hall. But it wasn’t just about the boxing. The match-up was a benefit for the Children’s Hospital Foundation, which netted more than $6,000 from the fight.

Years later, Ali again helped the hospital by attending the I.N. Bloom Elementary School “Kids for Kids” celebration, where students announced their fundraising efforts for Norton Children’s Hospital through the Children’s Hospital Foundation. Through the foundation’s “Kids for Kids” program, the students conducted service learning projects that raised more than $40,000 for diabetes programming at the hospital.