Learn more about osteosarcoma, a type of cancer that primarily affects kids and teens 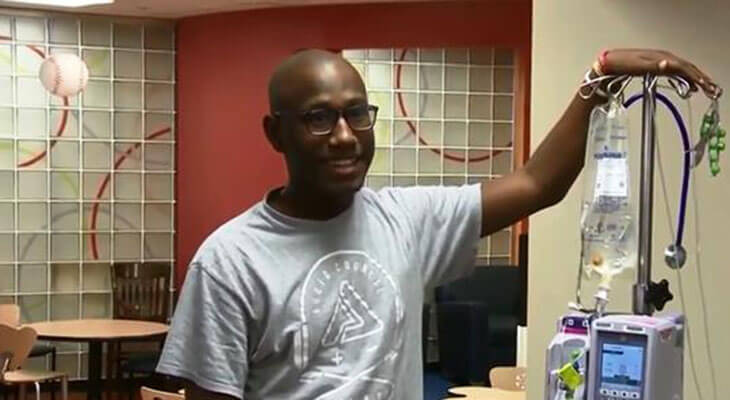 “I did not know what to say when the doctor came and told me that I had cancer. I was like, ‘No, this can’t happen to me,’” Indarius Walker recently told a reporter. The 16-year-old was describing how he reacted to learning he had osteosarcoma.

“Osteosarcoma is a form of cancer that primarily impacts those under age 25 and mainly affects the long bones,” said Shawn L. Price, M.D., orthopedic oncologist with Norton Cancer Institute who treats kids and adults with bone cancer. “There are no known avoidable risk factors for osteosarcoma.”

Osteosarcoma is more common among boys than girls and usually affects them when they are going through a growth spurt. It is the most common type of bone cancer. The symptoms vary depending on the size and location of the tumor, and age of the patient.

“Pain in the affected extremity is usually the initial complaint and is usually present all the time regardless of activity,” Dr. Price said. “It is important for parents and providers to know the difference between this type of pain and growing pains, which typically affect both extremities.”

Other symptoms include fever, sweats, chills or unintentional weight loss. If you or your child are experiencing any of these symptoms, it is important to see a doctor right away.

From initial shock to helping others

“I can’t imagine my life without him,” India said during a media interview. “I am a single mom and he is my rock. I was just in pieces.”

While the diagnosis of bone cancer was understandably devastating for the family initially, Indarius kept a phenomenal attitude throughout his treatment at Norton Children’s Cancer Institute, affiliated with the University of Louisville. During his care in the Addison Jo Blair Cancer Care Center, he became known for his bright, optimistic outlook. He uplifted the spirits of fellow patients and his nurses.

“Indarius is one of the most upbeat kids I have met,” said Maureen Gray, R.N. “He always has a smile on his face and is always willing to talk to other patients. Indarius exudes positive energy, and you can’t help but feel happy when you are talking to him.”

His outlook and experience have inspired Indarius to one day pursue a career in nursing. His aim is to continue to provide positivity and encouragement to those going through similar situations to what he faced.

Addison Jo Blair was a cancer patient at Norton Children’s Hospital. Through a generous gift from the foundation that bears her name, the Addison Jo Blair Cancer Care Center was established to help treat pediatric oncology patients, like Indarius.