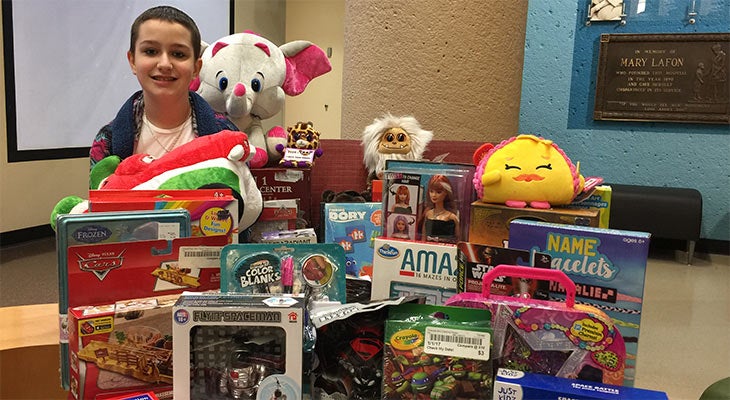 Rebecca “Becca” Campbell couldn’t wait to celebrate her 13th birthday. She had big plans to celebrate. After all, she had just won the fight against stage 4 ovarian cancer. Becca’s birthday celebration quickly became less about her and more about how she could give back to other young people who are now battling for their lives.

Becca and her family turned her 13th birthday celebration in February into an opportunity to collect toys, games, books and craft supplies that she could then donate to Norton Children’s Hospital. She put out requests to family members in Indiana, Florida and North Carolina; friends and teachers at Thomas Jefferson Middle School in Louisville; and members of Burnette Avenue Baptist Church. Everyone jumped at the chance to support Becca in her quest to encourage patients at the Addison Jo Blair Cancer Care Center (7 West). 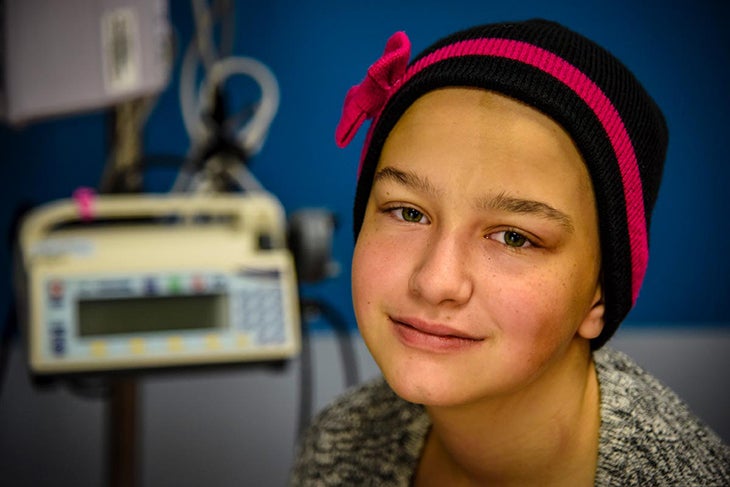 In total Becca collected more than $750 worth of gift cards and gifts that she personally delivered to the hospital. To accompany the gifts she left behind a handwritten note saying:

“For my birthday I wanted to give toys to 7 West because I know how it feels to see someone is thinking of you. I am 13 years old and I had stage four ovarian cancer and all of these toys were donated to 7 West for my birthday.”

Becca was diagnosed in September 2016 when she noticed a growth in her abdomen. Doctors surgically removed the mass and started Becca on a regimen of chemotherapy. She completed her treatment in late November, was home to celebrate the holidays and able to return to school in January 2017.