Compared with other youth, transgender youth have higher risk of being diagnosed with depression and/or anxiety. Social gender affirmation may help. 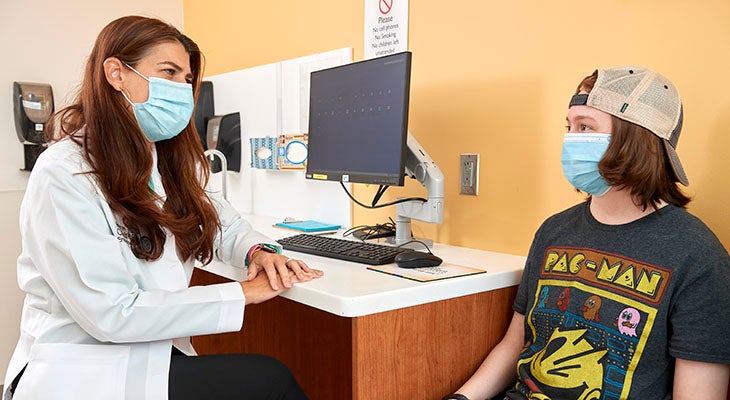 Transgender children are more at risk for depression, anxiety, suicidal thoughts and suicide attempts than their non-transgender peers, according to researchers. Social transitioning, or social gender affirmation, is a way for children to express their gender identity. Recent studies show that the mental health of transgender youth who get social affirmations of their gender identity is nearly indistinguishable from their non-transgender peers.

What is a social gender affirmation?

A social gender affirmation is usually an outcome of gender diverse children externally expressing their gender identity as different from their sex assigned at birth. These children often may express frustration and/or disgust with their anatomy. In some cases, this distress may cause threats or attempts at self-harm or even suicide in the child.

For parents, a social gender affirmation will mean allowing a child to freely convey their asserted gender with social adaptations.

How a social gender affirmation may affect depression, anxiety

“If a child feels like they’re not being seen for who they are, if they’re feeling rejected by their family or peers, it can be incredibly distressing. Studies have shown that there are high rates of depression and anxiety for gender diverse children who are not socially affirmed.”

Study participants were enrolled at the time of the study in the TransYouth Project (TYP), a national, longitudinal study of socially transitioned transgender children. The study’s sample included 63 transgender children, 63 age-matched controls and 38 siblings 9 to 14 years old. The children completed the depression and anxiety measurements. Their parents also reported on their child’s depression and anxiety symptoms. The sample size for the self-worth measurement included 116 transgender children, 122 control children and 72 siblings 6 to 14 years old, inclusive of most children who completed the mental health measurements.

Norton Children’s Pediatric and Adolescent Gender Education (PAGE) Program provides gender-affirming care for children, teens and young adults whose gender identity is different from their sex at birth (transgender) and those who don’t identify with the traditional definitions of male or female (gender diverse).

How to get help

For gender diverse youth and their parents, talking to your pediatrician can be a first step to get access to gender-affirming support and care. Additionally, youth and parents can self-refer to a program such as the PAGE Program, which provides access to pediatric endocrinologists, nurses, behavioral and mental health specialists, and social workers that can come up with a unique, comprehensive care plan that meets your child’s short- and long-term goals for their gender-affirming care.

“Working with a program such as PAGE gives gender diverse youth the opportunity to be supported and receive the latest evidence-based care,” Dr. Kingery said. “It’s not just medical and mental health services. We provide support services, including social workers to guide patients and caregivers through school and legal challenges and a support group so youth can feel empowered by sharing personal experiences and thoughts.”