Sleep apnea can cause ADHD-like symptoms in kids. What are they?

Sleep apnea can cause ADHD-like symptoms in kids. What are they?

Not getting enough sleep can make any child cranky and have trouble focusing. Know the signs of obstructive sleep apnea and attention deficit hyperactivity disorder (ADHD) and when to talk to your child’s pediatrician. 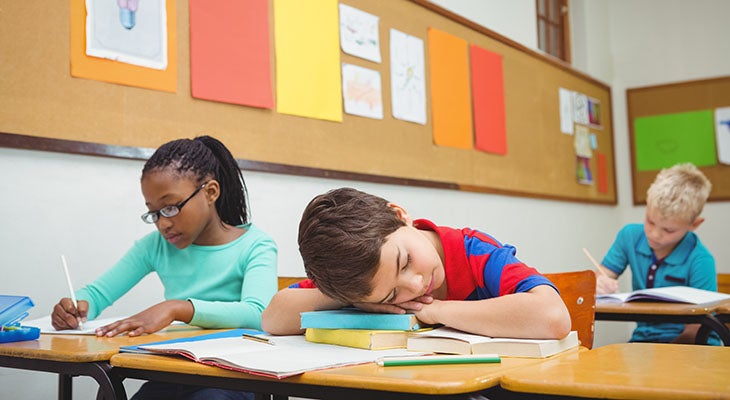 Every child can have a day where he or she is grumpy and can’t pay attention after not getting enough sleep. The child might be forgetful and have poor impulse control, too. These can be symptoms of attention deficit hyperactivity disorder (ADHD) –– but did you know they also could be signs of a sleep disorder called obstructive sleep apnea (OSA) in children?

According to the American Sleep Apnea Association, it’s estimated than 1% to 4% of children experience sleep apnea, many of them between ages 2 and 8. Sleep apnea is when a person stops breathing during sleep. It is usually due to something obstructing or blocking the upper airway. According to the Centers for Disease Control and Prevention, approximately 9.4% of children 2 to 17 years of age (6.1 million) have been diagnosed with ADHD. It is one of the most common neurodevelopmental disorders diagnosed in childhood, and often lasts into adulthood.

According to the American Sleep Apnea Association, studies suggest that as many as 25% of children diagnosed with ADHD actually may have symptoms of OSA and that much of their learning difficulty and behavior problems may be due to chronic, fragmented sleep. And while sleep apnea is rare in children, those with ADHD can have challenges with sleep as well. That may make the two issues hard to tell apart. What are the symptoms of each condition, and what should you do if you notice them in your child?

In sleep apnea, when breathing stops during sleep, oxygen levels in the body drop and carbon dioxide levels may rise. This usually triggers the brain to wake up to breathe. Most of the time, this happens quickly and the child goes right back to sleep without knowing he or she woke up.

The most common symptoms of OSA include:

During the day, children with OSA may display:

If you think your child has sleep apnea symptoms, talk to your pediatrician. He or she may refer you to a pediatric sleep medicine specialist to evaluate your child. A pediatric sleep study may be performed as part of the evaluation.

Qualified medical professionals can evaluate and diagnose ADHD. However, parents and guardians should know the symptoms of ADHD. It’s important since the stereotype of the “overactive, disruptive boy with ADHD” doesn’t match up with all types of ADHD, including how girls experience ADHD. Signs can include:

Sleep disorders in children are more common than you may think. Norton Children’s Pediatric Sleep Center offers sleep studies for children of all ages, from newborns to age 18, who are experiencing sleep disorders, such as obstructive sleep apnea, insomnia or other conditions.

If you think your child has ADHD symptoms, talk to your pediatrician. He or she may refer you to a psychiatrist or psychologist who specializes in ADHD to evaluate your child. A proper evaluation for ADHD from a clinician takes steps to consider alternate conditions  and circumstances that may cause ADHD symptoms, such as sleep apnea, depression, anxiety and trauma.

I think my child has symptoms of OSA and ADHD. What should I do?

Your child’s pediatrician can talk with you about symptoms you’ve noticed in your child. He or she can help you understand if your child’s next step would be a sleep medicine evaluation or if you should consider ADHD testing for your child.