Pediatric orthopedic specialist explains what to watch for 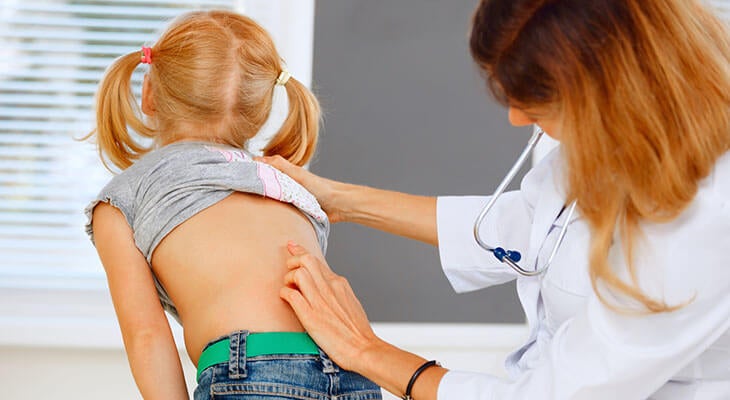 I remember coming home from school in tears one afternoon. Earlier that day, our sixth-grade class had received health screenings. After looking over my back, one of the examiners gave me some shocking news.

“You probably need to see a doctor,” she said. “I think you have scoliosis.”

I was terrified. I’d heard that some kids with scoliosis had to have surgery. I was afraid it would mean I couldn’t play sports and be an active kid.

The examiner was right. I did have scoliosis, a condition that causes the spine to have a curve. It is much more common in girls than in boys (lucky me!). Fortunately, it was caught early, and my doctor continued to monitor me until I stopped growing. I didn’t need surgery or braces. The condition didn’t slow me down one bit.

Whether it’s a broken bone or a condition that will need a lifetime of care, our pediatric orthopedic specialists are fellowship trained to provide specialized care for infants, children and teenagers. Connect with Norton Children’s Orthopedics of Louisville.

Not all kids are as lucky. Children used to be regularly screened for scoliosis in middle and junior high school, but Kentucky has discontinued that service. This can lead to fewer cases being caught early and more severe problems later on.

“Parents need to insist that their primary care provider screen their children when they have their annual physicals during their adolescent growth spurts starting at age 10,” said Joshua W. Meier, M.D., pediatric orthopedic surgeon with Norton Children’s Orthopedics of Louisville. “Minor cases need little to no treatment, if properly monitored, but catching the problem late can lead to more intervention.”

In addition to yearly screenings, Dr. Meier said parents should watch for the following:

“If your child displays any of these, make sure they see their doctor,” Dr. Meier said.