Should my child get a flu shot? A pediatrician answers

Should my child get a flu shot? A pediatrician answers 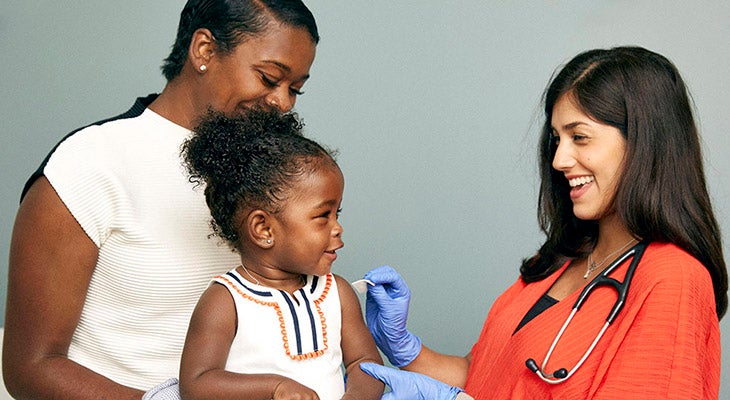 With cooler temperatures and changing leaves, you may have pumpkin spice lattes and jack-o’-lanterns on your mind. However, pediatricians at Norton Children’s Medical Group are gearing up instead for the upcoming flu season, which typically runs from October through May.

The most recent flu season was the longest-lasting in more than a decade. Compared with the typical flu season which is about 16 weeks, last year’s flu season lasted 21 consecutive weeks.

Even otherwise healthy children can end up in the hospital with flu. Centers for Disease Control and Prevention (CDC) data on over 1,000 children hospitalized with influenza showed that 45% of those patients had no reported underlying medical conditions.

We know that patients at highest risk for complications from the flu include those with lung conditions from being born prematurely, those with asthma or those with reactive airway disease, a condition where asthma is suspected but not yet confirmed. Also at risk are those with neurologic and neurodevelopmental conditions such as seizures or cerebral palsy, and those with chronic medical conditions like obesity, diabetes or a history of immunosuppression.

The CDC reported 135 influenza-associated pediatric deaths for the flu season that ended this spring, ranging from patients 2 months to 17 years old. Since nearly half of those confirmed pediatric deaths had no underlying medical condition, it is important for all children (not just those at high risk) to be vaccinated.

Seasonal influenza can cause mild to severe illness. Common symptoms include:

The best protection you can give to your child to prevent the flu is a flu vaccine. While the flu vaccine is not 100% effective (and many remember the 2017 to 2018 season when it was only 38% effective), any protection against the flu is better than no protection. Last year’s flu vaccine was 47% effective. Hopefully this year’s vaccine will match the circulating flu strains even better. Every year, a high percentage, up to 70% to 80%, of those children who die from the flu have no protection at all.

Who should get a flu shot?

When should my child get a flu shot?

How many flu shot doses does my child need?