‘He thought his goals had been taken from him’

‘He thought his goals had been taken from him’

The reality of a childhood cancer diagnosis 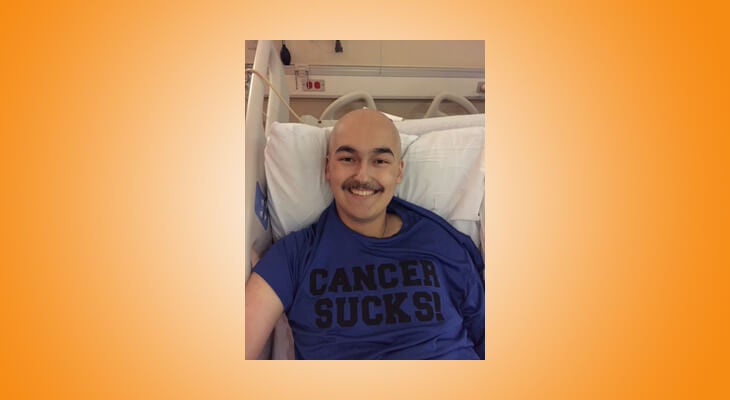 A child’s cancer diagnosis impacts the whole family. Below, Jacob Fields’ mom, Amanda, reflects on the weight of the disease, from her son doubting his future to the reality of remission.

I knew something was wrong. I could feel it in my gut, but what I had no idea. The doctor looked at us and said, “Well, it’s a tumor.” My son, husband and I all began to cry. Next, they said, “We are going to send you straight to Norton Children’s Hospital in Louisville.”

Once we got to the hospital, they had us direct admitted onto the Addison Jo Blair Cancer Care Unit. As soon as we turned the corner of the elevator and I read that name, my heart just sank. I thought, “This really could not be happening to our baby boy.” I mean, just hours ago he was at school and we were at work — it was a normal day.

Once admitted, we were told by the doctor that they were 99 percent sure this was bone cancer; we just needed to verify which kind. The next two days, Jacob had scans, an MRI, X-rays, bloodwork, a biopsy and more. Final diagnosis was stage 4 osteosarcoma. It had spread to his lungs. When we were told this, the sayings “You only live once” and “Live every day to the fullest” were what I thought of. I knew we were going to do whatever we had to do to beat this and enjoy life at the same time.

The first thing out of Jacob’s mouth after he found out he had cancer was, “Now I won’t be able to go to college.” He has big goals and thought that this had taken that from him. Before his diagnosis, Jacob was always outgoing, loved to camp, spend time with friends and family, and just had a zest for life. The toughest days were when Jacob’s body was just worn out and he had no strength to do anything. That was what made it real.

Sign up to become a Hero for Kids by making a monthly donation to Norton Children’s Cancer Institute affiliated with the University of Louisville.

Jacob made it easier for all of us. No matter what was going on, he was always smiling and had the most positive outlook. He was fortunate enough to have an amazing group of friends and family rooting for him. Knowing we had all of the prayers and support was amazing.

Our happiest moment was when the tumor had 99 percent necrosis when they removed it. Also, when the lung metastasis had started calcifying. And of course, hearing the words, “You are in remission!”

Our greatest struggle right now is the scans and X-rays every three months, and wondering what to do if his cancer was to come back. Also, dealing with the lasting effects chemo has on his body.

ALSO: ‘How do you tell a 3-year-old they have cancer?’