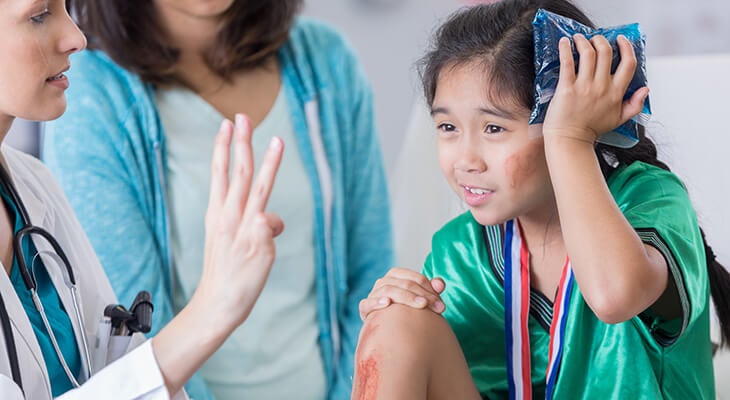 For the first time in eight years, the American Academy of Pediatrics (AAP) has updated its recommendations for children recovering from concussions, easing restrictions on electronics and physical activity.

The AAP is no longer recommending complete removal of electronic devices, such as television, computers and smartphones, following a concussion. In addition, the guidelines support children and teens engaging in light physical activity and returning to school as they recover.

Previously, the academy advised that the brain needed time to recuperate after a concussion. However, researchers found that recovering children can develop feelings of social isolation, anxiety or depression when prohibited from activities.

Children recovering from concussion still need to take it easy

Ian S. Mutchnick, M.D., pediatric neurosurgeon with Norton Neuroscience Institute, fully endorses the guidelines but added that electronics should be used with caution.

“It’s crucial for children and teenagers recovering from a brain injury to engage in their school work and with their peers,” Dr. Mutchnick said. “So things like reading on a tablet and doing homework on a computer should be introduced first.”

According to Dr. Mutchnick, the body has only a limited amount of energy to recover from a brain injury. Complex video games and other leisure electronics should be introduced only after the child has returned to school full time.

The AAP guidelines reiterate the decades-old recommendation that young athletes should stop playing immediately after a suspected concussion. The updated recommendations say that during the recovery process, it is best to encourage a reasonable amount of activity, such as brisk walking.

Every concussion — and every recovery — is different

At Norton Children’s, you’ll find a renowned pediatric neurosciences team that uses some of the most advanced diagnostic systems available for each child.

“The word concussion itself is clouded in ambiguity. No two concussions are the same, which the report shows. Therefore, no two concussion recoveries are the same,” Dr. Mutchnick said. “We, as health care professionals, have to give families as much information as they need to move through this process. The reality is with education, time and guidance almost every child gets 100 percent better.”

The AAP reports that between 1.1 million and 1.9 million children and teens are treated for recreational or sports-related concussions in the United States every year, but the actual number likely is higher.

For boys, the report attributed most concussions to playing ice hockey, football and lacrosse. For girls, head injuries most often resulted from playing soccer, lacrosse and field hockey.

Has your child been diagnosed with a concussion? Download the Brain Injury Book for parents.