Immunization rates have increased among boys and girls 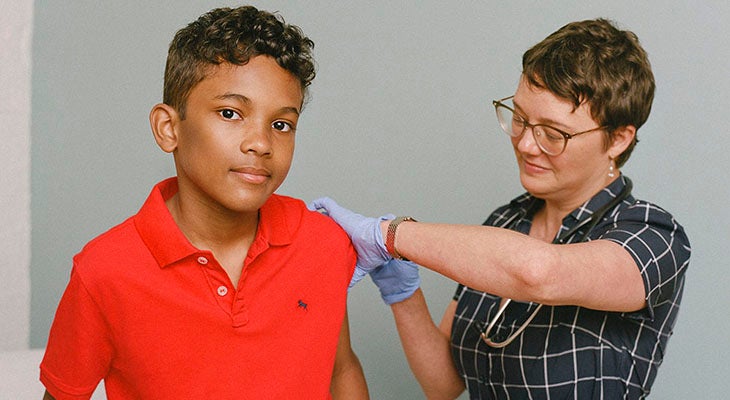 Good news in the fight against cancers caused by human papillomavirus (HPV): The vaccination rate for this disease has risen 5 points from 2016 to 2017, according to the Centers for Disease Control and Prevention (CDC).

“When it was first introduced, the vaccine was targeted toward girls,” said Paige Hertweck, M.D., pediatric and adolescent gynecologist with Norton Children’s Gynecology. “Since that time, there has been a decrease in HPV-related infections and cervical precancerous lesions.

Have questions about HPV or the HPV vaccine? Schedule an appointment with one of our pediatricians.

“It’s incredibly important for parents to make sure their children receive this vaccine.”

The vaccine also is recommended for boys since the virus is transmitted primarily through sexual contact.

“Early vaccination is advantageous,” Dr. Hertweck said. “Children ages 11 or 12 should get two shots of the vaccine six to 12 months apart. If older than 14, three shots are needed over six months.”