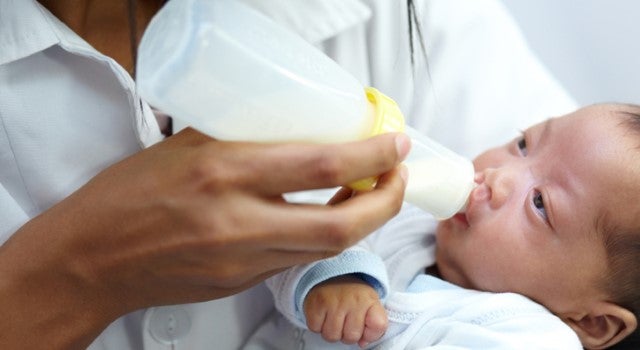 Giving up a newborn baby may seem unimaginable. But for some Kentucky moms, they are faced with having to make that heart-wrenching decision. Up until now, they had only three days after giving birth to do so.

That’s about to change. The Kentucky General Assembly has passed an expansion of Kentucky’s Safe Infants Act, also called the Safe Haven Law, which allows a mother to leave a newborn with a person at a hospital or police, fire or EMS station — no questions asked — as long as there is no sign of abuse.

Under the current law, Safe Haven only applies to a mom whose child is 3 days old or younger. The new law, championed by Reps. Tom Burch and Julie Raque Adams, both of Louisville, will extend that age limit to 30 days. It also now includes churches as drop-off sites, as long as the church agrees to it, has proper signage and has someone available to receive the child.

“Sometimes a woman needs more time to think about these types of things; particularly, a single mom. I just thought this was a better way to do it,” Burch told WDRB News earlier this year.

Child advocates at Norton Children’s Hospital have been pushing to expand Safe Haven for some time.

“Once a baby is born, things change so dramatically within the mother, both physically and emotionally,” said Erin Frazier, M.D., medical director of the Children’s Hospital Foundation Office of Child Advocacy at Norton Children’s Hospital. “There has to be more time to make such a life-changing decision.”

Since Kentucky’s Safe Haven Law passed in 2002, nearly 40 newborns have been dropped off at Safe Haven locations. The expansion will align the commonwealth with surrounding states with similar laws.

“Many other states already allow for older children under Safe Haven,” said Erika Janes, R.N., safety coordinator, Office of Prevention & Wellness and Safe Kids Louisville. “Indiana offers up to 45 days and Missouri up to a year. It’s great to see Kentucky catching up.”

Coincidentally, April is Child Abuse Prevention Month. The hope is that if more parents use Safe Haven, the number of child abuse cases in the state will drop.

“Every month we see one to two children die in this community from abuse or neglect,” Janes said. “We don’t want to see a mom give up her child, but it’s better to do that than bring them into a dangerous or deadly situation.”

The expanded Safe Have Law will still allow mothers to change their minds within 30 days of leaving the child and seek to have parental rights restored.