How one family is channeling grief into gratitude 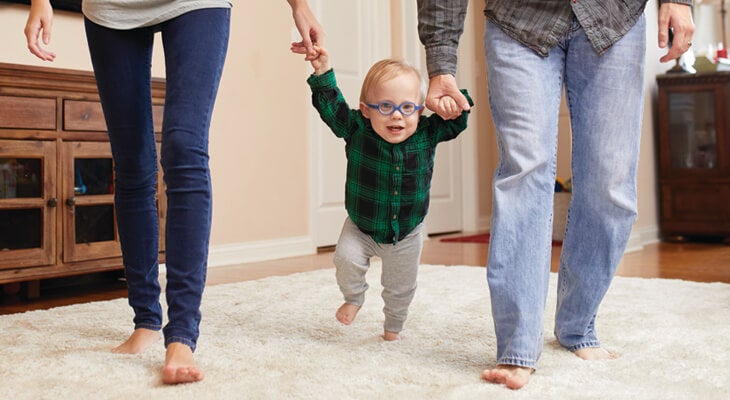 Liam Thomas is just beginning to walk. His legs are a little wobbly, so when he’s on the move, he reaches out for sturdy objects to help keep his balance. He has a curious mind — a sponge to soak up all kinds of new information, like how to say “dada” and call for his pet cat, Gabe, whom he’s nicknamed “Gaga.”

Liam is thriving, but about 1 1/2 years ago, he was fighting for his life — a small warrior with an army of doctors and nurses behind him.

Megan Thomas and her husband, Alex, were filled with so much joy the day they learned they were expecting identical twin boys. They had decorated their nursery with matching cribs. Letters spelling out “Noah” and “Liam” hung above each crib.

Their journey of a lifetime turned into an emotional rollercoaster the day they learned of complications with the pregnancy. An issue with the placenta, called twin-to-twin transfusion syndrome (TTTS), meant their sons’ lives were at risk.

“With TTTS, one twin gets all of the nutrients and the other is basically starved,” Megan said. “An ultrasound showed Noah had a large amount of fluid in his sac, and Liam didn’t have a drop.”

Noah was showing signs of heart failure, and Liam was extremely sick. The only way to give the boys a chance was to do an emergency cesarean section. Noah and Liam were delivered 15 weeks early at Norton Hospital — each weighing a little more than 1 pound.

The babies were stabilized and quickly transported across the pedway to the Norton Children’s Hospital neonatal intensive care unit (NICU). From there the goal was to keep them stable and oxygenated while trying to recreate the womb as much as possible.

“Nothing could have ever prepared us for what it was like to see them for the first time,” Megan said. “They were so tiny and their little bodies were covered with tubes and wires. Their skin was translucent, so we could only lay a finger on them.”

Noah lived for two days. His condition was just too severe for his tiny body to overcome.

“It’s hard to think about losing Noah, but we are still grateful, because while we only had two days with Noah, that’s more than what a lot of people get to have,” Alex said.

“I don’t think Liam would still be here if it weren’t for this hospital,” Megan said during a visit to Norton Children’s

Hospital. She was there to see Maggie Flowers, a NICU nurse with whom the Thomas family has developed a special bond.

“She was Noah’s nurse the day he passed away, so she was with us on our darkest day,” Megan said. “She is an amazing nurse, and it brought me peace knowing that Noah was loved by her in his final hours.”

The Thomases call Liam their “miracle boy.” He has risen above so many challenges during the five months he spent in the NICU.

“There were several times that doctors didn’t think he would make it through the night and he did,” Megan said as she fought back tears.

Liam was so tiny his parents could slide their wedding rings over his hand and up his arm to his shoulder. His size, they say, was comparable to a Barbie doll. 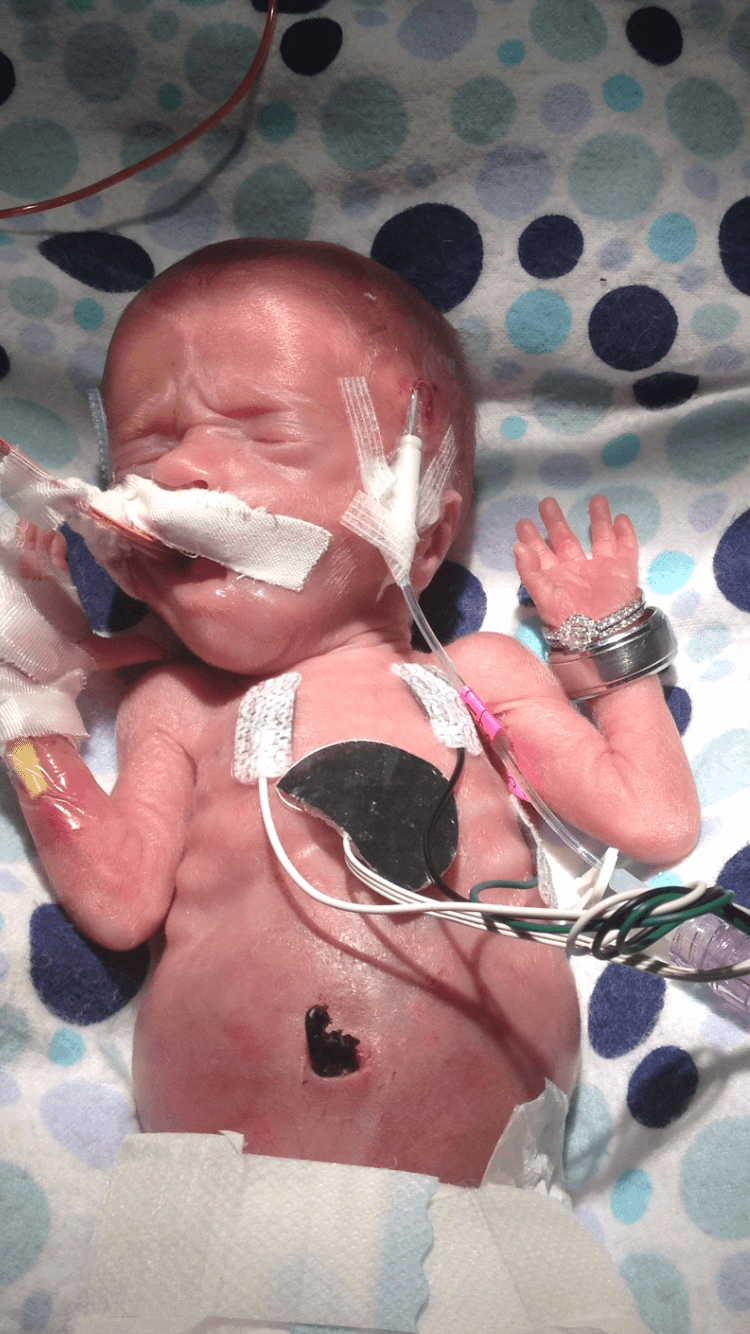 As Liam grew in the NICU and began to look like a more developed baby on the outside, on the inside his organs still had a lot of catching up to do.

A series of setbacks

He developed a hole in his bowel when he was 1 month old. This potentially deadly condition took three surgeries to repair. He also overcame kidney failure. He had stage 3 retinopathy of prematurity, which can cause blindness. Thankfully, he kept his sight but will need glasses for the rest of his life. He developed rickets, which put him at risk for broken bones, and suffered a fractured femur before he even weighed 3 pounds. Something as simple as changing his diaper could cause a fracture. And he was not able to totally breathe on his own for about four months, among other hurdles he fought through.

In all seriousness, doctors were in Liam’s room every hour and did not give up on him no matter how grim the outlook was.

“Liam would not be here if it wasn’t for the knowledge and perseverance of those doctors trying literally everything they could,” Megan said. “We spent all day, every day in the NICU for 5 months. The doctors and nurses became our family. They cried with us on the hard days and celebrated with us on the good days.”

Not a day goes by that the Thomases don’t think of Noah. They’ve chosen to channel their grief into gratitude for their miracle boy, who is now at home and healthy.

“Just knowing that so many times we almost lost Liam, I’m always reminded to have gratitude,” she said. “I have learned what takes some people a lot longer to learn, about what really matters — to appreciate the smallest things.”

And that gratitude especially will be felt this holiday season as the Thomases experience the joy of Christmas through the lens of a toddler who beat all odds.

Set up a monthly donation