43 Louisville chefs cooking for a cause at Bourbon & Bowties

43 Louisville chefs cooking for a cause at Bourbon & Bowties 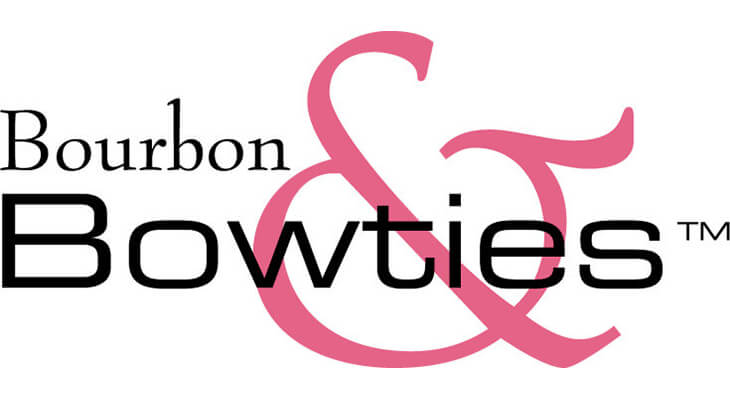 The ninth annual Bourbon & BowtiesTM to benefit Norton Children’s Hospital through the Children’s Hospital Foundation features a record 43 of Louisville’s best-known and up-and-coming chefs in one night. The June 7 event, presented by Northwestern Mutual, will be held at a new location this year: The Bridgeman residence, Fleur de Lis Farm, in Prospect.

Each year, Bourbon & Bowties is held in honor or memory of a Norton Children’s Hospital patient. A custom-designed bow tie, tie and bangle, sponsored by River Road Asset Management, is created each year with the honoree’s passion in mind and sold at the event.

This year’s bow tie and tie have a dog theme in honor of 6-year-old Mya White, who was born in China and abandoned in a park as an infant. When doctors discovered a rapidly growing tumor in her pelvis, she was taken to an orphanage and then a special care unit. Shelly and Hal White of Louisville saw Mya’s story and decided to adopt her, undeterred by her diagnosis of stage 4 cancer. In May 2013, Mya arrived in Louisville and underwent 10 months of intense treatment, including chemotherapy, radiation and two 10-hour surgeries that ultimately removed all the cancer. The Addison Jo Blair Cancer Care Center at Norton Children’s Hospital became a “home away from home” for Mya’s family. Four years since the end of her treatment, Mya remains cancer-free.

Tickets for the event sold out quickly, but there is another way to support the hospital through this event by purchasing a $25 raffle ticket. The raffle offers a chance to win $100 in gift certificates to 26 Bourbon & Bowties restaurants — a $2,600 value. The drawing will be held June 7 at 9 p.m. The winner does not need to be present to win. Only 1,000 tickets will be sold.

Bourbon & Bowties was established in 2010 and held in memory of Charles W. Gant, a loving and energetic 8-year-old boy who passed away from viral encephalitis on June 3, 2009. Family and friends established the event to give back to Norton Children’s Hospital for the wonderful care Charles received during his illness, as well as to ensure other children have access to top-notch medical care.

The inaugural event featured eight chefs, five of whom are still involved today (marked with an asterisk below). Since then, the event has continued to grow and has raised more than $1.5 million to date.

Thanks to our 2018 participating chefs

Some chefs will be inside exclusively for the Chefs’ Experience.