Eian smiles in the face of cancer 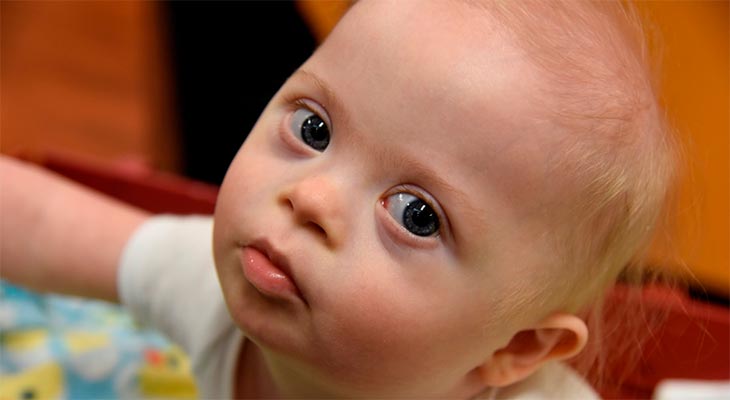 Two-year-old Eian Wright-Strange has spent the better part of the past five months at Norton Children’s Hospital after being diagnosed with acute myeloid leukemia last fall. But you’d never know his struggle just by spending time with him. Eian, who also has Down syndrome, can be seen walking the halls of the Addison Jo Blair Cancer Center with his special walker, always smiling, giggling and loving life.

During his stay, Eian has become especially attached to two Louisville Metro Police Department officers who visit and bring toys to Eian and other children every Wednesday through the Shield of Faith Program.

WLKY met with Eian, who had his last chemo treatment in early February, and the officers to talk about their special bond.