Lessons we all can learn from teens

Lessons we all can learn from teens

Most teens want to raise awareness around eating disorders, dating violence, mental health and gun violence. We collected a couple of their stories. 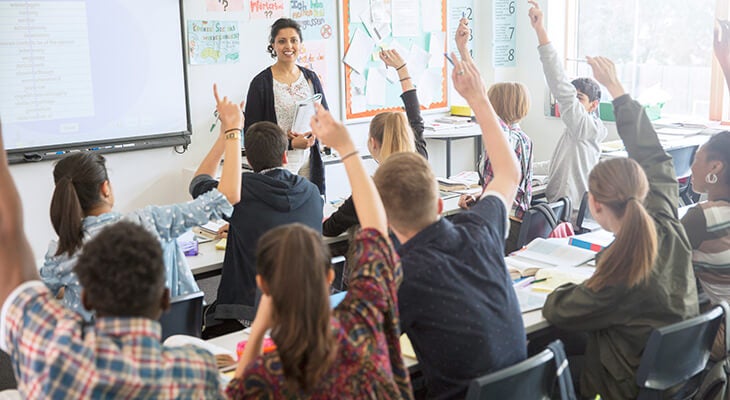 In these workshops, teens learn about healthy eating, pedestrian safety and mental health. Each workshop concludes with the students presenting a media project to promote a health topic of their choice. Students are asked to develop a peer-to-peer campaign to give the students a voice to encourage their peers to engage in healthier behaviors that affect them.

Overwhelmingly, what is on the minds of our teenagers today is mental health. Most teens want to raise awareness around eating disorders, dating violence, depression and other mental health disorders, and gun violence. Here are a two local teens’ stories:

I am talking about gun control because my peers and I have seen too much gun violence and far too few actions being made to stop it. Did you know that, according to the Centers for Disease Control and Prevention (CDC), 38,658 people died from injury via firearm in 2016 alone? Or that, while gun laws do exist, they’re easy to get past by attending a gun show? The Parkland (Florida) shooter, Nikolas Cruz, bought his AR-15 legally. In the state of Florida, you can buy an AR-15 if you’re 18 or older and don’t have a criminal record. Cruz fit both criteria.

It may seem like this doesn’t have anything to do with teen mental health, but think about it. Adolescent stressors should be what you’re wearing to prom or how you’re going to finish that essay. Instead, teens are watching as the deaths of their peers get plastered onto headlines and interviews. Then they have to watch as politicians try to sweep everything under the rug. That’s not even addressing the survivors of these shootings, some of whom will struggle with post-traumatic stress disorder (PTSD) for the rest of their lives.

I want to see us call politicians out about all of this. In the past, people have been vicious when it comes to writing their representatives. That’s great, but I want to see more. If you feel as strongly as I do about this issue, you need to write your representative. It seems pointless, but the USA is, in the end, a government of the people. Lobbying is powerful, but we have to be stronger than money. We have to be so loud they can’t ignore us any longer. It can be difficult to get yourself to write or call a state representative, but if you’re under voting age, it’s one of the few powers you have.

A healthy kid is a happy kid. Norton Children’s Prevention & Wellness provides resources to help you and your child build healthy habits as a family.

The Semi-colon Project is a project on suicide awareness and prevention. Most people are very uncomfortable with the topic of suicide. It’s extremely dark and to be avoided. To me, it would feel wrong if I didn’t address the topic. As a teen, I enjoy pushing the envelope and bringing this topic into the light.

I knew I had to dig deep and bring out the meaning behind the project name. “I Can’t Keep Quiet” signifies that I was sick and tired of standing to the side, silently watching the issue grow and feeling helpless; of trying to speak up but constantly losing my voice. I decided that I will no longer be a bystander, I will use my voice for myself and for those who have yet to find theirs.

There are many things I believe everyone should know about this project, but the most important is the stigma and statistics. 123 teen lives are claimed each day by suicide, 60,000 in one year and it doesn’t stop there. When we put the numbers to the claim, it opens the eyes of many and makes them aware of how big the issue is. There is a substantial stigma surrounding suicide. It’s a dark topic that no one chooses to speak about. Suicide will never cease to be a dark topic but if we break down the stigma, we will no longer have to tiptoe around the subject as if it is broken glass or speak about it in hushed tones.

I would like to see people unafraid to talk about suicide, to start a conversation. One of my goals is to start a teen suicide charity to help teens through difficult times and reach out to those who believe that the end of their story has come. Keeping even one person from ending their story would mean progress and that I was doing something worthwhile.

Suicide has so much to do with teen mental health. If left untreated, many of those suffering from mental illness could end in suicide. Mental health illnesses such as depression, anxiety, eating disorders, etc., as well as stressful home, school, and community environments may also lead to suicide. People who experience suicidal thoughts and attempts believe that life will never get better. It gets better … the light at the end of the tunnel is there. You are the author of your own story, your own life; you’re not ready to go.