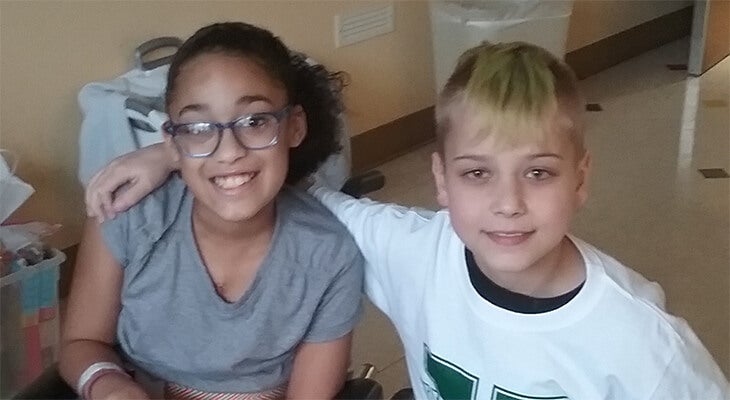 He had struggled from the beginning. Dale Howser, now 11, was born with hypoplastic left heart syndrome (HLHS), a serious defect that prevents the left side of the heart from developing or functioning properly. HLHS is a complicated diagnosis that often requires multiple surgeries, multiple medications and, in Dale’s case, a pacemaker.

Like many of the other 4,300 children in the United States born with HLHS each year, Dale was regularly fatigued and had high blood pressure.

Last fall, Dale was feeling more fatigued than usual, and adjustments to his medications did not seem to help. With rising blood pressure and potential looming complications, doctors admitted him to Norton Children’s Hospital. In December, he was a 1A priority on the heart transplant list.

Dale’s mom, Rebekah, remembers that being a lonely time for the two of them.

“We had some visitors, but not many,” she said. “We live two and a half hours away [in Vincennes, Indiana], plus it was flu season, and we needed friends and family to keep their germs away from Dale. It was hard on all of us, especially Dale and his sister.”

She had always been a ball of energy. Ten-year-old Za’Niyah Jackson was in every way a typical, spirited little girl. Za’Niyah had no history of serious illness. A strep throat diagnosis in February wasn’t particularly worrisome for her mother, Shaunisha Martindale.

Even when the pediatric nurse practitioner in her hometown of Owensboro ordered a chest X-ray to make sure there was no fluid in Zaniyah’s lungs, her family never imagined that something was terribly wrong with her heart.

At the heart of every child is a champion

“The doctor showed us her enlarged heart and admitted her to the hospital,” Shaunisha said. “Soon after that, we were told that her heart was not pumping correctly and that they were flying her to Norton Children’s Hospital for further evaluation.”

The diagnosis: heart failure. Doctors placed Za’Niyah on a ventilator within days. They then gave her a ventricular assist device to help her heart do its job.

“She was very depressed,” Shaunisha said. “She missed her brother and sister, felt terrible and was scared to even leave the room.”

A fateful load of laundry

Fate stepped in with the help of Guy Harvey, a member of the Norton Children’s Hospital environmental services team. Because he’d established a rapport with both families — the kids even refer to him as “Uncle Guy” — he was aware that both Shaunisha and Rebekah planned to do their laundry at an off-site laundromat. Worried that the women would be navigating their way through an unfamiliar city alone, he introduced them and suggested they go together. 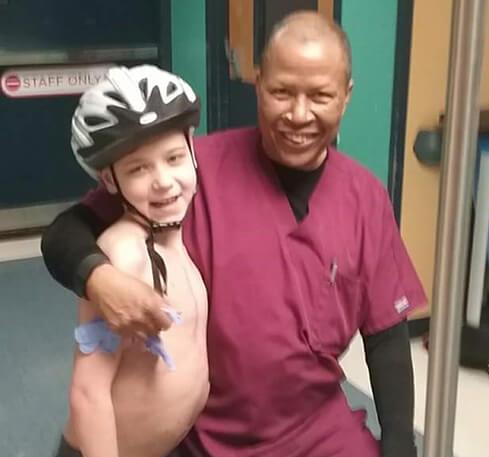 Over the folding table, Shaunisha shared with Rebekah her concerns about Za’Niyah’s loneliness and depression.

Upon returning to the hospital, Rebekah told Dale about Za’Niyah who, it turns out, was in the room right next door.

“He immediately got up, went into Za’Niyah’s room and lifted up his shirt to show her his pacemaker,” Rebekah said. “He wanted to let her know that she wasn’t alone. Within an hour, they went outside together.”

Walks outside, talks and games became an almost daily ritual for the two new friends.

According to Shaunisha, “Dale helped Za’Niyah become more like herself again. He was her motivation to get up and get moving.”

Erle H. Austin III, M.D., cardiothoracic surgeon with University of Louisville Physicians and chief of cardiovascular surgery at Norton Children’s Hospital, was the transplant surgeon for both kids. He said, “I think [their friendship] helped in both cases, because each had someone with whom he or she could identify and know that there was at least one other person in a similar situation — facing the same threats and experiencing the same fears.”

Finally, after more than three months in the hospital, Rebekah got the call that a heart was on its way for Dale.

It was a very long day and night, for Rebekah, who didn’t sleep for any of the 16 hours that Dale was in the OR. Luckily, she had the support of her father, brother and daughter, who came to Louisville immediately upon hearing the news.

Dale was in the pediatric intensive care unit for more than two weeks due to some initial complications.

“He kept trying to pull his ventilator out so he could go back down and see his friend,” Rebekah said. 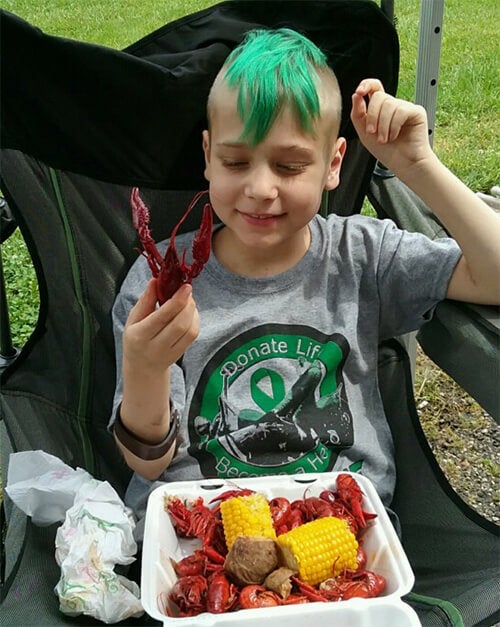 By the time he returned to the floor, however, his friend had moved.

“Za’Niyah had been nervous, scared and happy for Dale when he got his heart,” Shaunisha said. “But she was even more so when she heard that her new heart was on the way. She was scared about the idea of having someone else’s heart inside her.”

The improvement for Za’Niyah was almost immediate. Her first words in recovery: “I feel so much better!”

Moving on, but not apart

Both kids are now back home. Both have healthy appetites, improved color and increasing energy.

“Now that the transplants are done, the outlook for both kids is quite good,” said Joshua Sparks, M.D., the two friends’ cardiologist and member of University of Louisville Physicians – Pediatric Cardiology. “They both had different diagnoses, and it does change the potential complications they face in the short term. But in the intermediate and long term, there are few differences between them now.”

This fall, the kids will go back to school — Dale to sixth grade and Za’Niyah to fifth grade.

Unlike most of their classmates, their routines will include antirejection medications and regular trips back to Louisville to see Dr. Sparks and the rest of the heart care team.

“It is hard to find a doctor, much less a team, that I trust 100 percent with my child,” Rebekah said. “I cannot express how wonderful the cardiac team at Norton Children’s Hospital is.”

Shaunisha agreed, adding, “The kids stay in touch with each other. We will try to have our office visits on the same day to give them a chance to continue on their journey. They are now heart buddies for life.”