Kids getting flu shots goes beyond keeping the children healthy and helps keep their grandparents healthy. 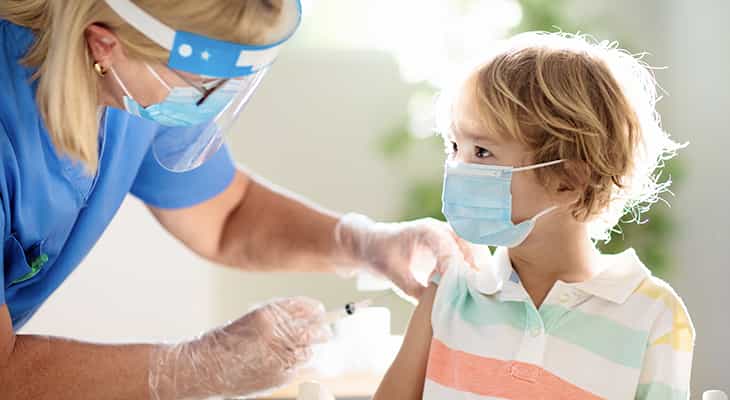 Dr. Marshall is also a professor of pediatrics and chief of the Division of Pediatric Infectious Diseases at the University of Louisville.

“We know that kids are the breeding grounds for flu epidemics,” Dr. Marshall said on the “Parenting with You” podcast recently.

As evidence that children spread the flu, Dr. Marshall pointed to a snowstorm a few years ago that hit Louisville in the middle of a flu epidemic. When schools closed for a week, the epidemic ended.

“I remember that,” said Erin Frazier, M.D., a pediatrician at Norton Children’s Medical Group – Broadway and co-host of the podcast with Tracy Morrison, director of Norton Children’s Prevention & Wellness . “We said, ‘Where did the flu go all of a sudden?’ ‘Oh, everybody stayed home. Nobody went to school.’”

As Dr. Marshall, a guest on the podcast, explained during the recent episode on vaccines, flu vaccines are unlike other vaccines, which can be taken once or twice during childhood and are good for a lifetime. A new flu vaccine is needed each year because the flu changes every year.

“Now, that being said, the flu vaccine is the least good of all our vaccines. It is on average 30% to 40% effective in preventing the flu,” Dr. Marshall said.

Even though it can’t always prevent the flu, it can protect people from becoming severely ill.

One common misconception about the flu vaccine is that it can give you the flu. You may get fever, chills and a sore arm, but it’s not the flu, according to Dr. Marshall.

According to Dr. Frazier, another reason people think the flu shot has sickened them is that they’re given in October, November and December — the same time other viral infections are spreading in the community.

“That’s when we’re also seeing all of the other cold viruses start to erupt,” Dr. Frazier said.

Being a parent is tough. You can read all the books, social media posts and websites and think you are ready, but babies — when they arrive — don’t always follow the rules. This podcast is for parents of any age child from babies through the teen years who want to make sure their kids stay healthy and safe with practical, down-to-earth advice.

Recent ‘Parenting with You’ episodes