Ketogenic diet and epilepsy: An approach that can reduce seizures

Ketogenic diet and epilepsy: An approach that can reduce seizures

A ketogenic diet for seizures can be helpful, especially if medication isn’t working. 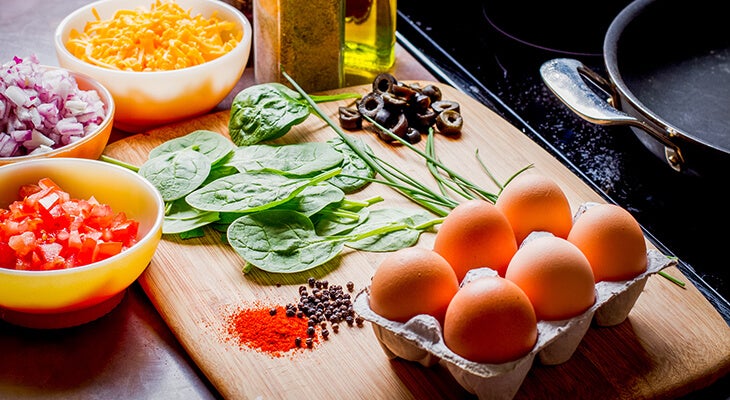 Research has shown that the keto diet, which has been around for decades, can reduce the frequency of a child’s seizures, especially if medication isn’t working. In fact, Norton Children’s Hospital and the University of Louisville have been offering a keto diet program to epilepsy patients for the past 16 years.

What’s the link between the ketogenic diet and epilepsy?

The exact mechanism of how the diet works is still being investigated. The ketogenic diet is high in fat and low in carbohydrates, and protein is strictly controlled. The diet prompts the body to switch its fuel supply almost entirely to fat.

It seems to center around replacing sugar as the brain’s primary fuel with ketones, which are generated from fat. Brains that run on fat don’t seem to seize nearly as easily or as frequently as brains that run on sugar.

What kinds of results do patients see?

Most patients will have a significant decrease in their seizure frequency and/or intensity, and many become seizure-free. A lot of parents also will report increased alertness and improved development in their children.

How does the program work? What would a patient experience in the program?

Once the child’s neurologist has identified the child as a good candidate, they will be referred to our ketogenic dietitian for a consultation and more education. If, after the education, the parents are still interested and the dietitian agrees the child is a good candidate, we run tests. These include metabolic testing and imaging studies to make sure the patient doesn’t have any conditions that would cause the diet to be a danger. They also have to change all their medications from liquids, which contain sugar, to tablets.

The child comes into the hospital for four to five days, and we slowly transition them from a normal diet to the ketogenic diet. They’re in the hospital so we can closely follow their blood sugar levels, ketone levels and clinical status. A lot of education goes on during this hospitalization as well. Families learn how to prepare meals and monitor blood sugar and ketones, among other things.

Is the program good for all ages?

Yes. It can help adults as well as kids. But it’s not easy to stick to. School-age kids who can’t eat what their peers are eating have an especially hard time. Going to a birthday party and not being able to eat birthday cake can be challenging. Parents often bring along special “keto treats” prepared without sugar so their child will have something special of their own.

Any drawbacks or concerns about the ketogenic diet for epilepsy patients?

It’s a lot of work for parents and can be complicated to maintain. It’s a lifestyle change. Plus, there are potential long-term side effects, such as poor growth, kidney stones and osteoporosis; but we monitor all those things.

Normally, the goal is to keep the child seizure-free on the diet for two years and then wean them off to avoid some of the potential side effects. But when the diet works well for a patient and family, they often don’t want to wean off. And most of the time we support them in that decision.

Are there other ‘epilepsy diets’?

Yes. We also use the modified Atkins diet, in which carbohydrates are restricted but protein is not. The low glycemic index diet also has been shown to positively affect epilepsy as well. But it’s extremely important that before trying any of these diets, patients and families talk to their neurologist.