Parents with babies should take extra precautions this holiday season to prevent the contagious virus and become familiar with its signs. 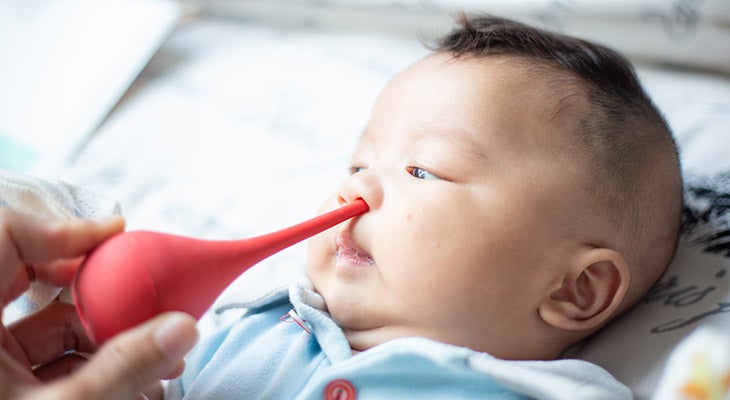 Norton Healthcare providers have diagnosed 651 cases of respiratory syncytial virus (RSV) bronchiolitis in the Louisville and Southern Indiana area since September — more than triple the number of cases in the same period last year.

Meanwhile, diagnoses of flu among children reached 1,211 as of mid December and account for 59% of the total number of flu cases diagnosed by Norton Healthcare providers in the 15-county Louisville and Southern Indiana area this season.

Read More:Flu intensifies in parts of Louisville and in Bullitt County

RSV, a cold-like virus, overwhelmingly has struck children, with only 46 cases diagnosed in adults this season.

As of just prior to Thanksgiving, 318 total RSV cases had been diagnosed by Norton Healthcare providers this season.

“RSV season typically peaks in late December through mid-February, so we’re certainly seeing above-normal activity,” said Sayeed Khan, D.O., pediatrician with Norton Children’s Medical Group – Fern Creek. “We could be seeing the brunt of the virus now, or we could be in for a wild winter.”

Signs and symptoms of RSV

RSV is a common respiratory virus with symptoms such as nasal drainage/congestion, wheezing and some labored breathing. Fever may be present. Dehydration is common, due to increased effort in breathing. The most dreaded complication is respiratory failure, which requires hospitalization.

Most adults and children recover in a week or two, but the illness can be fatal for infants, especially those born prematurely. In fact, RSV is the most common cause of pneumonia in children younger than 1 year and leads to thousands of hospitalizations each year.

Holidays could lead to even more cases

Upper respiratory illnesses are common around the holidays as families and friends come together to celebrate. RSV is no exception.

Dr. Khan said parents of babies need to be extra careful this year.

Norton Children’s Hospital is treating a very high volume of patients with viral bronchiolitis, most commonly caused by respiratory syncytial virus (RSV) and other viruses.
To ensure the safety of all patients, families, and the community, the hospital has made changes to the visitation policy until further notice.

What to do if your child is at risk

Parents of children at high risk for developing severe RSV should help their child by:

Pediatricians near home, work or school

How to treat RSV

Because RSV is a virus, antibiotics won’t cure it. For most, it’s a matter of managing symptoms.

“Getting rid of the excess mucus is the important part,” said Dr. Khan. “Suctioning before and after feeding, along with before and after sleeping, helps tremendously. Hydration is also vital. Pedialyte is beneficial, as formula and milk are thicker and harder for children to tolerate. Cough medications should be avoided.”

When to seek medical attention

If your child is displaying symptoms of RSV, it’s a good idea to visit the pediatrician’s office for testing. However, if the child is really struggling to breathe, a trip to the emergency room might be in order.

“RSV is very manageable for most, but it really can be deadly,” Dr. Khan said. “Parents need to be aware of the symptoms and be ready to take action.”