Bruises may seem like something normal for playful kids. However, even small bruises can signify child abuse. 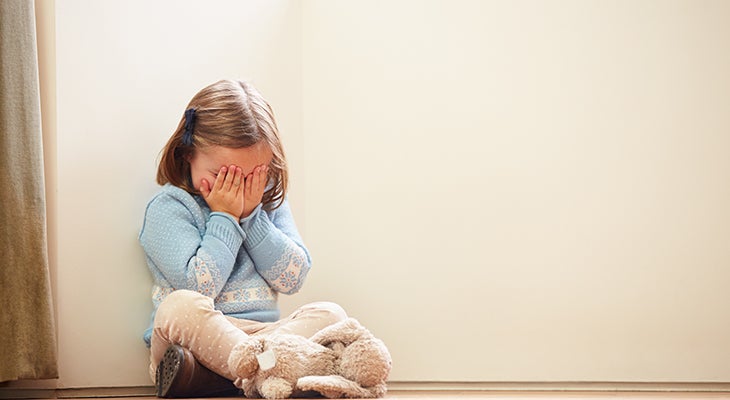 A bruise means that a child is just rambunctious, right? Possibly, but some bruising can signify something much more serious: child abuse. Being able to tell whether a bruise could be from abuse can help protect a child. Many people have the misconception that bruising is obvious and matches the size of an adult hand. In reality, the damage from abuse can manifest in a variety of different ways, including small, subtle bruises.

Kentucky has consistently ranked as one of the worst states for child abuse and has been the worst state in the country for two years in a row. Every day, there is a child at Norton Children’s Hospital who is a victim of abuse. Almost every week, there is at least one child who has been injured so severely that he or she requires intensive care in the hospital’s “Just for Kids” Critical Care Center.

When bruises need to be immediately evaluated: TEN-4 bruising rule

The TEN-4 bruising rule is a way for anyone to remember how to spot signs of abuse that need to be evaluated immediately. Just remember:

“Children ages 4 years and younger should not have any bruising on the torso, ears or neck.,” said Melissa L. Currie, M.D., director of Norton Children’s Pediatric Protection Specialists, affiliated with the UofL School of Medicine. “And infants who are 4 months old and younger should not have any bruising anywhere at all. If your child or a child you know has bruises that fall into these categories, he or she needs to be seen immediately in the emergency department.”

Sound serious? It is. Pediatric experts have found that even small bruises can mean big problems.

“Bruises don’t have to be large in order to be significant — much depends on their location on the body,” Dr. Currie said. “Even a small bruise on an infant’s stomach could be the only indication that there is an underlying liver laceration that has occurred because the child was punched in the stomach. And ears do not bruise easily, so when we see a bruise in this location we know to look carefully for additional trauma to the head.”

Examples of suspicious bruises can include:

Other warning signs can be detected from caregiver behavior such as:

What is normal bruising?

Not all bruising comes from abuse; children can bruise from everyday activities such as playing. It’s important to know that for toddlers and older children, bruises usually occur on the front of the body. Normal bruising also usually occurs over bony areas such as the forehead, elbows, knees and shins.

Kids will be kids and get bruises from time to time. However, if you have any doubts, follow your instincts. Even if you’re not sure, you are required by law to report suspected abuse or neglect.

“If you’re at all concerned, you should seek medical attention for your child,” Dr. Currie said. “Wouldn’t you rather be wrong and have played it safe?”

No one wakes up thinking they will abuse a child that day. Caregivers who may not understand child development may have age-inappropriate expectations for a child in their care and can become frustrated more easily when the child cannot live up to those expectations, especially if the child is younger than 4 years old. For example, most children are unable to stop crying on demand before 4 to 5 years old.

“Babies cry. They may cry because they are tired, hungry or need their diaper changed. They use crying to communicate,” Dr. Currie said. “Toddlers may cry because they don’t know how to tell you what they want or they’re frustrated. Babies and kids may even cry for no apparent reason. It’s important to remember that they don’t cry to be bad or make you angry.”

If you find yourself becoming frustrated, it is OK to take a break. Put the baby in a safe place and step away for a few minutes. Take a few deep breaths, listen to your favorite song or do a few exercises. You also can call a trusted friend or relative, or the Childhelp National Child Abuse Hotline at (800) 4-A-CHILD/(800) 422-4453.

Finally, spend time with the people who are caregivers for your children. Pay attention to how your child reacts to them and how they react to your child. Knowing your caregivers can help you notice any shifts in their behavior or that of your child that can alert you to any potential issues.