How to prevent strep throat

How to prevent strep throat

Washing hands often is the most effective way to prevent the spread of strep throat, especially before preparing food or eating. 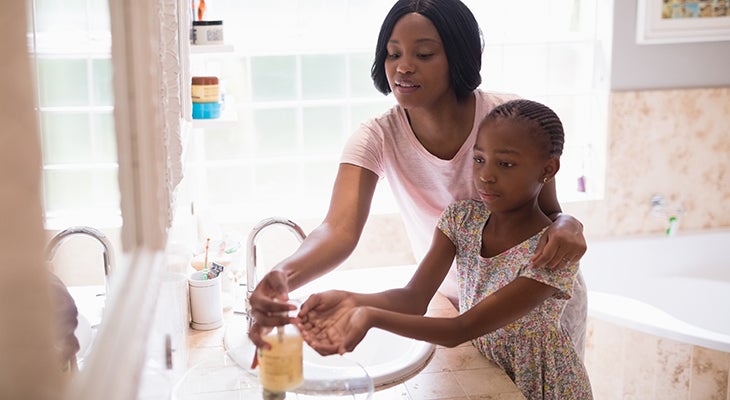 When your child comes down with strep throat, you may be inclined to think, “Who’s next?” That doesn’t have to be the case. While this illness can be passed easily from one person to another, there are ways to prevent strep throat from spreading.

The bacteria that cause strep throat are in the nose and mouth. Coughing or sneezing causes droplets carrying these bacteria to transfer to surfaces or other people.

Washing hands often is the most effective way to prevent infection. That goes for preventing the patient from spreading their bacteria and preventing healthy individuals from transferring strep bacteria from to their own nose or mouth. Washing hands is especially important before preparing food or eating.

Covering coughs and sneezes with tissues is always a good idea. This prevents strep throat bacteria in droplets from becoming airborne and being breathed in by healthy bystanders. You also should be careful not to drink after someone who has strep throat. Bacteria can remain active on surfaces.

Avoid rubbing your eyes, nose or mouth unless your hands are clean. If you’ve touched a surface or object containing strep bacteria, you may infect yourself this way. Use disinfectant to kill bacteria in areas that may have been contaminated.

If you suspect you have strep throat, try not to come into close contact with others. Stay home and avoid public areas such as school or work where others may become infected. Schedule an appointment with your health care provider and allow your body to rest.

Antibiotics often are prescribed to combat the infection. Individuals are generally still contagious until they’ve been taking antibiotics for 24 hours. Once this time has passed and you no longer have a fever, you are at a lower risk to infect others. If your child has strep, replace their toothbrush once they are no longer contagious.

Failing to seek treatment can result in longer periods of contagiousness and the development of more serious conditions such as rheumatic fever.

Strep throat may seem like a mere inconvenience that can be powered through, but taking the time to allow yourself to heal is worth it. You’ll thank yourself when you feel better faster, and others will thank you for not getting them sick too.