How to make an impact now and in the future

How to make an impact now and in the future

Walter Clare and his family understand firsthand how important it is for families in Kentucky and Southern Indiana to have a Level IV neonatal intensive care unit (NICU) like the one at Norton Children’s Hospital. 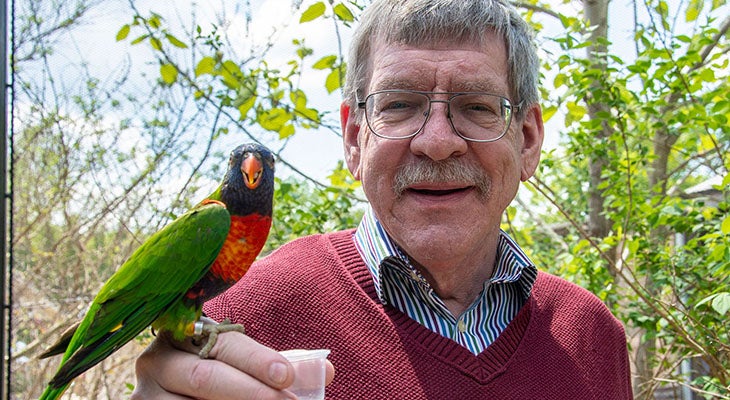 Walter Clare has a warm, welcoming smile and a giving heart. For Walter, that spirit of generosity led him to making a legacy gift, or planned gift, to benefit Norton Children’s Hospital. With a desire to make an impact, honor his late wife and help critically ill children while also lessening stress for their families, Walter knew he wanted to help the hospital in some way.

Walter and his family understand firsthand how important it is for families in Kentucky and Southern Indiana to have a Level IV neonatal intensive care unit (NICU) like the one at Norton Children’s Hospital. Both of his grandsons needed neonatal care. Walter views a NICU as an invaluable asset for every community. A Level IV NICU provides the highest level of care for the most critically ill newborns.

Walter turned to Norton Children’s Hospital online and quickly connected with a member of the Norton Children’s Hospital Foundation team to learn more about the hospital and how he could make the greatest impact. This led Walter to reflect on his intentions, and he chose to make an estate gift to benefit the NICU, allowing his legacy of giving to live on for years to come as well as honor his late wife in the present.

Learn more about how you can make an impact through a legacy gift of your own.Another Paragraph

These goals then became reality as Walter worked with an attorney and the Norton Children’s Hospital Foundation to answer his questions and guide him through the estate planning process. Five years after his initial estate gift, Walter continues to be an avid supporter of the work of Norton Healthcare. Impressed by the health system’s commitment to Louisville, its history, and its reputation of remarkable care, Walter has made additional planned gifts benefitting outreach and patient assistance at Norton Cancer Institute.

Walter encourages others to explore what causes matter most to their own giving hearts and minds, then to contemplate where they’d like to make the most impact now and in the future.