How to care for your kid’s cast without going insane

How to care for your kid’s cast without going insane 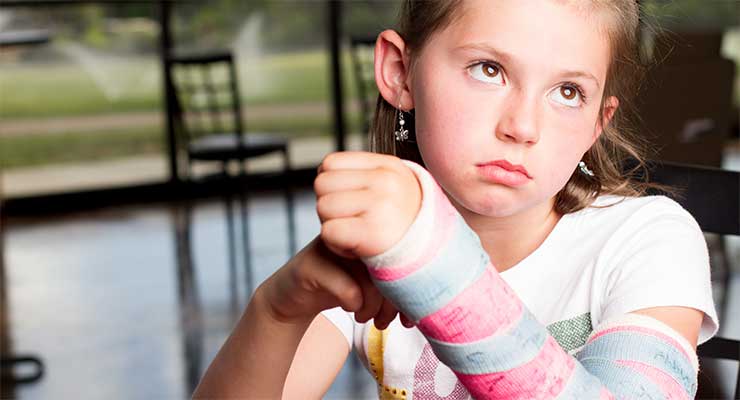 What do Corvettes and broken arms have in common? Those slick cars and that fancy new cast your child is wearing are likely made out of the same fiberglass.

Maybe, but that’s little or no consolation if you’re now dealing with an unhappy child whose life has been altered for the next several weeks.

You and your child might not be in love with your new fiberglass companion, but you still want to take good care of it. Otherwise, you might keep the injury from healing, cause other injuries or require an entirely new cast.

“The inside of a cast is lined with a stocking and then padded with soft cast padding so bony joints don’t rub against the hard fiberglass,” said Laura Jacks, M.D., pediatric orthopedic surgeon with Children’s Orthopedics of Louisville. “The stocking and padding can absorb water and other liquids, so they should be kept as dry as possible.”

The best way to avoid accidental leaks is to avoid water altogether, but since you don’t want a smelly child for the foreseeable future, Dr. Jacks offers some tips:

The good news is it’s still OK to turn your child’s cast into a work of art.

“We strongly encourage your child to have fun and decorate the cast,” Dr. Jacks said. “We would love to see the artwork when you return!”