Head and facial injuries from motorized scooters on the rise

Head and facial injuries from motorized scooters on the rise 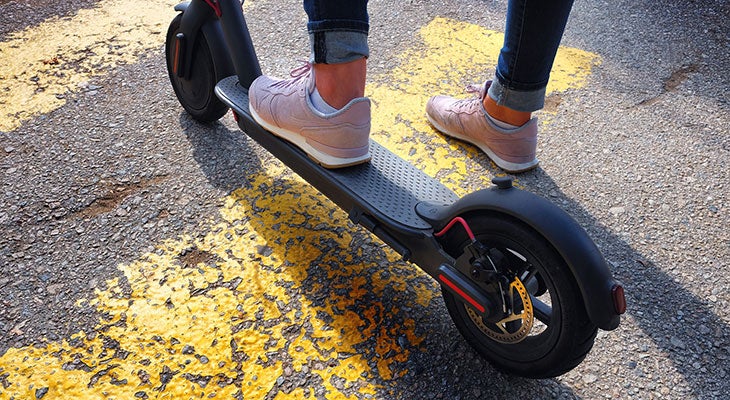 Motorized scooters are becoming more popular in Louisville and major cities across the United States. But this new transportation fad comes with a potential serious health risk.

According to a study in the American Journal of Otolaryngology, facial and head injuries from electric scooter accidents have tripled during the past decade. During that time, researchers estimated more than 32,000 emergency department visits for craniofacial injuries associated with motorized scooter use.

The majority of patients — roughly 62% — were male. Most of those injured were between the ages of 19 and 65, but almost a third of them were children between 6 and 12 years old. Injuries included facial fractures, closed head injuries, and cuts and bruises.

“The data show this could be a serious health concern,” said Scott J. Rapp, M.D., pediatric plastic surgeon with Norton Children’s Hospital’s craniofacial program. “Many of these scooters are being used in high-traffic areas, and there’s very little between the rider and the pavement.”

Norton Children’s board-certified neurosurgeons are recognized leaders in the field with deep expertise and specialized training.

The lead researcher called for the U.S. to standardize electric scooter laws and consider license requirements to decrease risky behaviors while using scooters.

According to Dr. Rapp, at the very least, riders should take extra precautions.

“Wearing a helmet is the best protection from a serious head injury,” he said. “Riders also need to be extremely vigilant of where they are and what’s around them.”

If you believe your child has symptoms or has been exposed to COVID-19, you can get direction for any additional care from a nurse.
Call (502) 629-KIDS (5437)
Choose option 1, then option 3