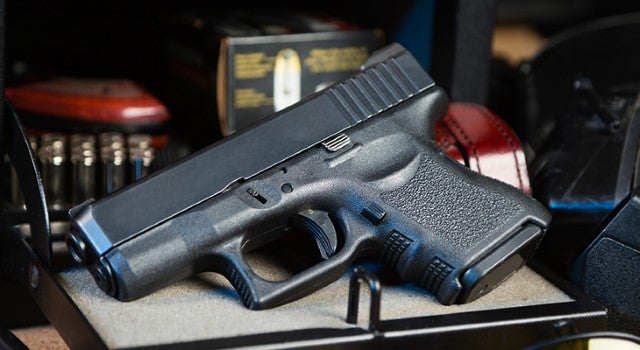 It happens thousands of times a year: A child gets a hold of a gun and shoots him or herself, or someone else. The latest incident happened in Indianapolis this week when a 2-year-old boy died after shooting himself with a gun he found in his mother’s purse. The mother had stepped away for just a moment.

The Asking Saves Kids (ASK) Campaign estimates that nationally one out of every three homes with children also has guns. And in those homes, three out of four children ages 5 to 14 know where those guns are.

This isn’t about politics around the second amendment right to bear arms, it’s about keeping children safe — and alive.

“It’s better to not have a gun in the house at all when kids are around,” said Sharon Rengers, R.N., manager of the Children’s Hospital Foundation Office of Prevention & Wellness of Norton Children’s Hospital. “But the reality is people have guns, and it’s up to adults to keep kids safe.”

Safe storage
• Store guns in a locked location, unloaded, out of the reach and sight of children. Night stands, bedroom closets or a glass gun case won’t cut it. Kids are curious and tend to explore.
• Store ammunition in a separate locked location, out of the reach and sight of children.
• Keep the keys and combinations hidden.
• When a gun is not in its lock box, keep it in your line of sight.
• Make sure all guns have child-resistant gun locks.
• If a visitor has a gun in a backpack, briefcase, handbag or unlocked car, provide a locked place to hold it while in your home.

Accident prevention
• Explain to kids that guns on television or video games are different from a gun in real life. A real life gun can really hurt or kill people.
• Teach children what to do if they find a firearm and there are no responsible adults around. It’s simple: Leave. Tell the child to find an adult and make them aware of the situation, and if they don’t seem to share your child’s concern, go back to that first piece of advice: Leave.
• Talk to family members your children visit about safe gun storage practices.
• Before your child goes to a friend’s house to play, ask the friend’s parents if there are any guns in the house. If there are, make sure those guns and ammunition are stored safely.

Finally, if you decide you no longer need a gun in your home, get rid of it safely. Check with local police on how to do so.