If those aches are real, how serious are they? 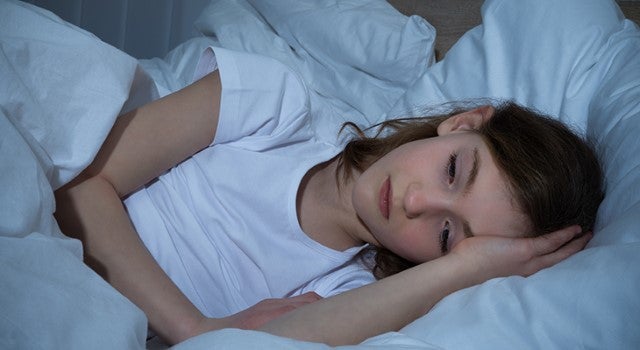 When you awaken to those middle-of-the-night moans and groans from your growing kid, it’s not necessarily a reason to rush to the emergency department. Nor should it be dismissed as an attempt to skip school the next day.

Nobody knows the exact cause of growing pains, the long-familiar term for recurring aches that typically affect a child’s lower limbs during growth spurts.

“Most likely, growing pains are a combination of different things,” said Laura K. Jacks, M.D., orthopaedic specialist, Norton Children’s Orthopedics of Louisville. “We know that fatigue plays a role because they are more common after a very active day, usually as a child is settling down to sleep.

“We also know that bones don’t have pain nerves,” she said. So, in all probability, that feeling of pain in the bones actually comes from the stretching of soft tissues surrounding the bones.

“Growing pains are most common around the fastest-growing areas,” Dr. Jacks said. “Mostly around the knee (thigh more than shin) and upper arm. Children grow more at night, while they are sleeping. Plus, when a child settles down to sleep, there is nothing to distract them from pain they may have been having at other times during the day. Then it becomes the focus of their attention and can become magnified with stress.”

The pediatric orthopaedic specialist said the pain usually waxes and wanes over the growing years.

“Sometimes it will occur daily for a couple of weeks at a time, then almost completely go away for a while,” Dr. Jacks said.

Generally, if the pain seems to follow this pattern, growing pains are likely.

Dr. Jacks said growing pains are often prevented or diminished with a gentle stretching program in the evening, especially on very active days. She said it’s OK to give your child the occasional Tylenol or Motrin for the pain. But if that’s needed for more than a couple weeks at a time, it’s best to mention it to your pediatrician.

How to know if it’s something more serious

Dr. Jacks said there are certain orthopaedic issues that could be masked as growing pains.

“These are mostly hip conditions that occur in the same age group,” she said. “Fortunately, these problems are quite rare. Unfortunately, growing pains are rampant. Most of the problems that affect the bones in any way can be ruled out by a simple X-ray of the hips.”

Dr. Jacks brought her own son to have X-rays of his hips when he was about 4 years old because one of his knees was bothering him and he could not play soccer.

“Even though I totally knew it was growing pains, I thought it was worth it to get the X-ray because he was incredibly consistent for months about the pain,” Dr. Jacks said.

As suspected, the X-rays were negative, and her son, who is now 11 years old, is doing just fine.

Dr. Jacks said that aside from orthopaedic issues, there are other systemic health conditions that can be masked as growing pains. She suggests that parents seek the advice of their pediatrician to explore other causes.

Orthopaedic issues affect thousands of children in our area each year. Fortunately, families have expertise to turn to with the pediatric orthopaedic specialists available on the Norton Healthcare – St. Matthews campus and at our children’s hospital.

This year, the Festival of Trees & Lights benefits pediatric orthopaedic and spine care. Make a plan to get in the holiday spirit by attending the Festival Nov. 11 to 13 and help a great cause.