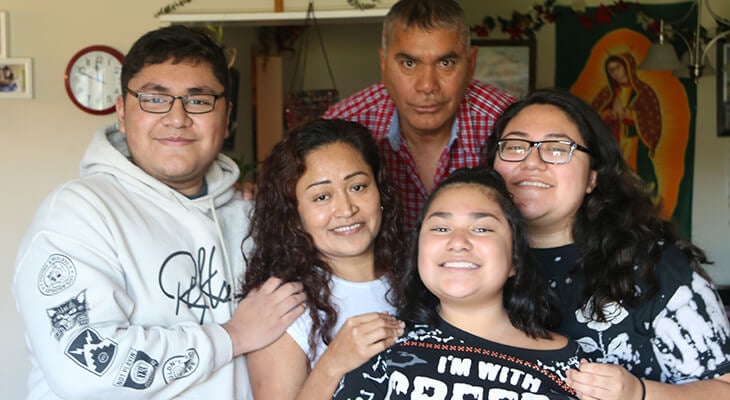 That’s not just because of the things she does, like participate in a middle school musical, but because of what she doesn’t do, which is to ignore her doctor’s advice to wear a leg brace.

Cristal, a seventh-grader, has mild cerebral palsy that affects her left leg.

“Most of the time when kids have something mild like this, they try to pretend it is not there and are very resistant to therapies,” said Laura K. Jacks, M.D., pediatric orthopedic surgeon with Norton Children’s Orthopedics of Louisville.

“However, Cristal understands that it is lifelong, and she never argues about wearing her brace. She has always been compliant with therapies and does everything we ask her to, which has led to the best outcome possible for her. ”

Heeding her doctor’s advice so she can do more

Dr. Jacks has operated on Cristal’s leg twice — to lengthen a tendon and transplant a tendon in a part of her foot. Cristal had the most recent surgery when she was in fifth grade, and since then she’s been using the custom-made brace Dr. Jacks prescribed.

“I actually started to listen (to Dr. Jacks’ advice) because I want to do more stuff like I did last year — like the play, ” Cristal said, recalling how much fun she had in a school performance of “Shrek The Musical Jr. ” when she was in sixth grade. “If you really think about it and you wear it more often, you get used to it, and you sometimes don’t even know you have a brace on. The more you get comfortable with it, then you’re fine with it.”

Cristal acknowledged she didn’t wear her brace during the performance, but she put it back on after the show. She wears it to school and after school, especially if she goes outside to play.

Pointing to her left leg, Cristal said some of the dance moves in the musical were challenging.

“But I got it,” she said. “It was fun to express myself and make other people happy.”

Cristal thinks she might try to do a spring musical at school this year with several friends. She’s also helping a neighbor about the same age who recently had surgery for a similar condition.

“She has the same thing as me, and she’s getting better each day, which makes me happy because I help her a lot,” Cristal said.

Dr. Jacks said Cristal is able to walk without the brace, but it helps her walk more naturally and will also help her avoid future problems, such as arthritis. Dr. Jacks is impressed by Cristal’s great attitude.

“She will always have to wear a brace and will never have normal motion in her ankle, but she does not let it stop her,” Dr. Jacks said.

Cristal said there are disappointing times when she can’t “do what other kids are going to be doing, especially when you’re young.”

“The more that I listened to Dr. Jacks, I realized if I follow her rules, then I can actually do the stuff that I want to do.”

Cristal only sees Dr. Jacks for a yearly checkup, but they have a lasting bond.

“I love her. She’s like a best friend to me. We only see each other one time a year, but I always look forward to it. I like it how she tries to speak Spanish, because it’s funny,” said Cristal, whose family speaks Spanish. “She’s really nice. She’s a caring person, and if I was a patient who didn’t listen to her, I would still want to be her friend. ”