The girl with the angel-shaped scar

The girl with the angel-shaped scar

Are there miracles in medicine? #NortonChildrensBirthday 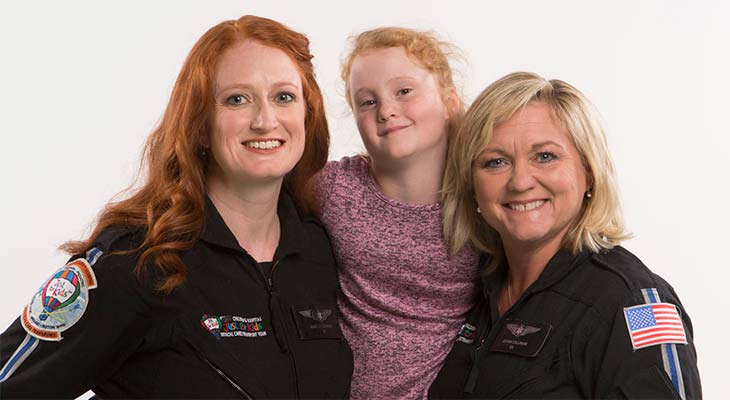 Upon introduction, Katie Savage seems shy and curious. However, the 10-year-old’s larger-than-life personality can only be contained for a few short moments.

“Katie is a very active fourth-grader,” her mother, Beth, said proudly with Katie’s dad, Mike, at her side. “She is a very active Girl Scout. She went zip lining and horseback riding. She’s doing archery, climbing rock walls and playing soccer. She loves it, after we talked Dad into letting her. He was a little afraid she’d get hurt, but I said, ‘You gotta let her do her thing.’”

As if Katie’s list of accomplishments wasn’t already impressive, there is one shining moment that tops them all: She beat death.

The Savages conceived Katie by surprise after giving up hope of having another child after 16 years. However, the celebration was short-lived. Beth went into spontaneous labor at 23 weeks.

The couple traveled from their home in Paris, Tennessee, to Murray, Kentucky, with hopes that the doctors there could delay labor. Unfortunately, physicians at the hospital could not stop the impending birth and prepared the Savages for the worst.

Babies born at such an early gestational age have a high mortality rate; only about 30 percent of extremely premature babies survive. Without the necessary medical intervention, the chances are considerably smaller.

“It was very, very stormy,” Beth said, remembering that September night when Katie was born. “They tried to get us to go to a different hospital, but because it was storming so bad, they couldn’t fly a helicopter in. They were also afraid I would deliver en route if we drove. We were to the point where we were going to just hold her until she passed. That hospital was not equipped to handle her.”

However, a fortunate stroke of serendipity was about to give Katie the chance at life her parents fought so hard to give her.

Norton Children’s Hospital “Just for Kids” Transport Team was en route to Murray to assist a different family at the same hospital. The weather made it impossible to fly, so the three- to four-hour trip was made by ambulance. The delayed travel time allowed the perfect window to open for Katie to be saved.

Norton Children’s Hospital is the only hospital in the area dedicated to children, and the only medical center with mobile intensive care units designed for neonatal and pediatric critical care.

The newly named hospital began offering mobile emergency transport services over 40 years ago. The service is now responsible for getting thousands of children the specialized care they need each year. Of the approximately 1,500 babies who receive neonatal intensive care, 60 percent are brought to the hospital by the “Just for Kids” Transport Team.

The family who was awaiting the transport team learned about Katie, and — in an act of extreme selflessness — allowed Katie to be taken to the hospital first instead of their own child.

“My doctor came in with tears streaming down her face and said, ‘They’re going to take the baby. The baby has a chance!’ Then we said, ‘Who’s going to take her? Take her where?’”

At that moment Beth and Mike were given a renewed sense of hope for their child.

The “Just for Kids” Transport Team arrived 15 minutes later. Donna and Kristen, the designated Transport Team critical care nurse and respiratory therapist, were on duty that night. They quickly stabilized the first family’s child before preparing to care for Katie.

“I was scared. It was a whirlwind,” Mike said. “Everything happened so quickly.”

“I’ll never forget going in to see the family,” Donna said. “I think they really thought we were going to give them bad news. And we were rejoicing. We said, ‘This child is going to live! She’s going to do well!’ It was just amazing.”

Donna’s prophetic words couldn’t have been more accurate. Many extremely premature babies who survive face an uphill battle of surgeries and long-term health issues. And while Katie certainly had her challenges, she faces no developmental or physical deficits.

Katie faced common conditions that arise with extreme prematurity. While in the Norton Children’s Hospital neonatal intensive care unit, doctors discovered Katie had holes in the left and right chambers of the heart and an opening in the heart’s blood vessels. Those issues resolved on their own without surgery. A condition called Stage 3 retinopathy of prematurity caused Katie to have stage 4 blindness, but it too resolved on its own when Katie was 4. She now has 20/20 vision.

Katie’s only physical reminders of the obstacles she overcame are a few battle scars. One, she says, is in the shape of an angel.

“Some kids are born late; some early. Sometimes kids that are born early don’t make it,” Katie said quietly, holding a 1-pound replica doll of her premature self. “It’s kind of special for me to be alive. It makes me feel special that God helped me through all the tough times I went through. I’m happy he let me be on earth.”