Pediatrician debunks 5 myths about the flu

Pediatrician debunks 5 myths about the flu

A pediatrician addresses common myths that keep people from taking the flu shot –– and the flu –– seriously. 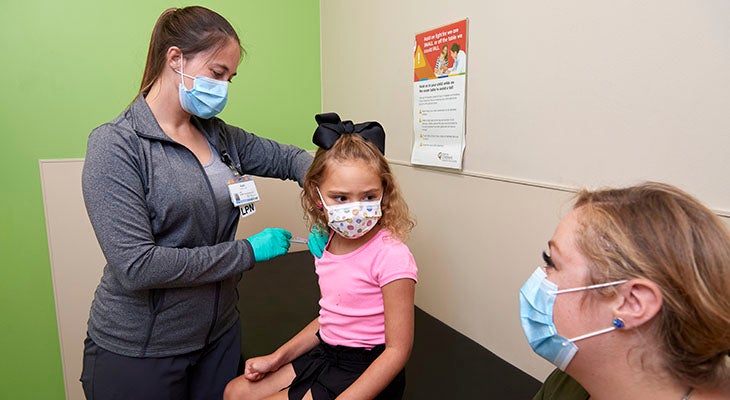 Should I get a flu shot? Can you get sick from the flu shot? Does the flu shot work? There are a lot of questions about the flu shot and the flu out there — and a lot of conflicting answers, depending on whom you ask. Let’s go through the myths to uncover the truth.

According to the Centers for Disease Control and Prevention (CDC), during the 2019-2020 flu season, only 21% of children eligible for vaccination were fully vaccinated against flu. This percentage was similar to past seasons. With the COVID-19 pandemic ongoing, pediatricians are urging families to get their kids vaccinated for flu. In newly released guidelines, the American Academy of Pediatrics (AAP) strongly recommends children receive their flu vaccinations by the end of October. This includes all eligible kids 6 months and older.

Myth: “I’ve never received a flu shot, and I’ve never had the flu.”

You’ve been lucky. Flu is very contagious. Each year, flu affects tens of millions of people. As with any illness, you don’t get sick until you do. A flu vaccine is your best shot at prevention. Flu vaccine is recommended for those 6 months and older.

It can’t, period. The vaccine is inactivated, which means it is a dead virus. Most people get a flu shot around the same time there is a rise in respiratory viruses. It is very common to be exposed to another virus (or even the flu) right around the same time the vaccine is given. Also, it takes up to two weeks for your body to start building immunity to flu, so it’s possible to actually contract the flu (not from the vaccine) during this time. Very mild symptoms (soreness, aches, redness or swelling at the injection site, and low-grade fever) after flu vaccine is given are due to the immune system mounting a response. These are nothing compared with the duration and intensity of symptoms when actually contracting the flu: cough, runny nose, sore throat and high fevers.

While it’s true that some years the flu shot works better than others, any protection is better than no protection. Since 2005, the CDC reports vaccine effectiveness ranging from 19% to 60%. Last year’s flu vaccine was 45% effective. Hopefully this year’s vaccine will match the circulating flu strains even better: This year’s vaccine for children includes two A and B flu virus strains to protect against the four major strains of the virus expected to circulate this season. If you don’t vaccinate against the flu, you are guaranteeing 0% effectiveness. No flu vaccine ever has been that ineffective. Also, those who are vaccinated typically experience milder illness than those who are unvaccinated.

Call Your Pediatrician’s Office for a Flu Shot

Flu is a contagious disease and can cause serious illness. This isn’t simply “the common cold.” Flu can lead to pneumonia, bloodstream infections, asthma attacks or even death. Last season, 188 pediatric deaths were reported to the CDC as a result of influenza, ranging from patients 2 months to 17 years old.

Elderberry is an herbal product that has fairly weak and limited evidence of effectiveness against the flu. Oscillococcinum, a homeopathic preparation derived from Muscovy duck liver and heart, was noted by a Cochrane systematic review to have insufficient evidence for prevention or treatment of flu. Vitamin C has never shown to be effective at treatment for anything other than vitamin C deficiency. A flu vaccine is more cost-effective and might actually work.