Light up the sky on the fourth, not the emergency room 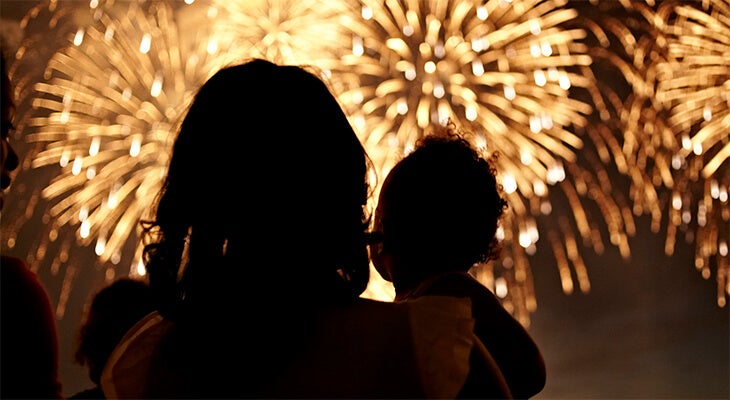 While fireworks can be fun and exciting, they also result in thousands of trips to the emergency room.

According to the U.S. Consumer Product Safety Commission, nearly 12,000 people were treated for fireworks injuries last year, including more than 250 per day in the weeks leading up to and after July 4. More than one-third of these injuries involve children under 15.

“Norton Children’s Hospital treats dozens of kids for fireworks injuries on the days surrounding the fourth — mostly severe burns,” said Sharon Rengers, R.N., Norton Children’s Prevention & Wellness. “About half of these kids are handling fireworks while the others are bystanders.”

Most injuries are caused by firecrackers, bottle rockets and sparklers. For children under 10, sparklers are the biggest culprits.

“Kids are fascinated with the bright colors and the spark itself, which can get as hot as 1,800 degrees,” Rengers said. “You wouldn’t hand a baby a lit match. A firework isn’t that much different.”

“I once treated a toddler who was playing with a sparkler, and it set her clothes on fire,” she said. “The child suffered second- and third-degree burns on more than one-third of her body. It changed her life forever.”

What’s the easy way to avoid injuries this July 4?

“Just attend a public display, rather than using your own yard,” Rengers said.