Treating juvenile idiopathic arthritis when it strikes the eyes

Treating juvenile idiopathic arthritis when it strikes the eyes

Some medications are more effective than others for getting inside the eye to treat this often symptom-free effect of juvenile arthritis that can lead to eye damage. 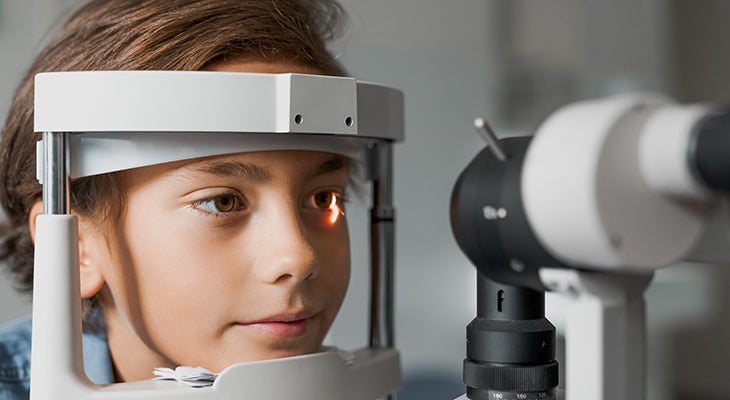 Uveitis — inflammatory eye disease — happens when the inner parts of the eye become inflamed. It isn’t usually painful, and the eyes aren’t usually red or pink — most kids with uveitis don’t show any symptoms. But as the interior damage progresses, eyesight can be affected.

“Because the eye is an immunologically protected space, it can be much more difficult to treat, even than juvenile arthritis,” said Kara M. Schmidt, M.D., pediatric rheumatologist with Norton Children’s Rheumatology, affiliated with the UofL School of Medicine. “We know that if children have ongoing inflammation in the eye, they’re at very high risk for vision impairment or even blindness.”

Eye issues can develop before juvenile idiopathic arthritis develops, at the same time, or years later — even while juvenile arthritis is in remission. About 20% of children with juvenile arthritis and a positive test for antinuclear antibodies will develop inflammatory eye disease.

TNF inhibitors all resist the same TNF-alpha protein, but some do it differently than others, according to Dr. Schmidt. Some may be effective in treating juvenile arthritis, but specific drugs such as adalimumab and infliximab can be more effective reaching the eye and treating inflammation, according to the rheumatologist.

Kenneth N. Schikler, M.D., a pediatric rheumatologist at Norton Children’s Rheumatology, is a principal investigator in a clinical trial aimed at preventing juvenile arthritis from progressing to inflammatory eye disease. Abatacept is an autoimmune disease drug that interferes with the T cells. The trial will see whether it can prevent inflammatory eye disease if used in conjunction with other conventional juvenile arthritis treatments.